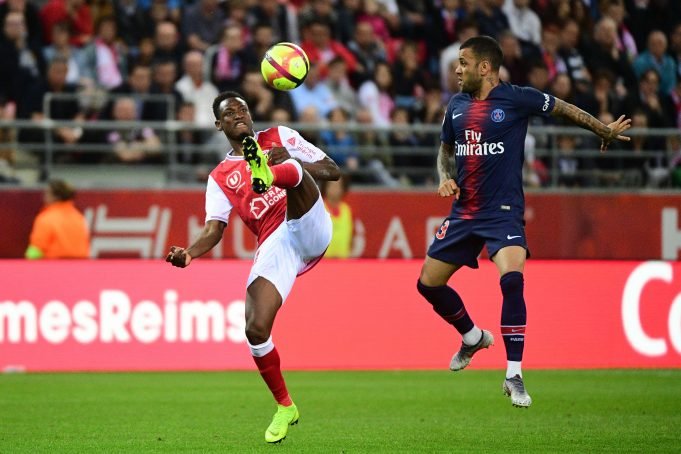 Baba Rehman is set for a Chelsea return after putting in an outstanding shift in the final-day Ligue 1 fixture against Paris Saint-Germain.

The 24-year-old played a huge part in Stade de Reims’ 3-1 victory over PSG on Friday night. He scored one and laid out an assist to help David Guion’s side to an 8th place finish.

Rahman gave his side the lead and then set up Pablo Chavarria for the final goal in the 3-1 triumph at Stade Auguste-Delaune. He joined the French outfit back in January for a short loan and has enjoyed a marvellous recovery stint.

With his comeback run to refurbish his career, the left-back has also earned a call up to the provisional 29-man Ghana squad for the upcoming Africa Cup of Nations, due to be held in Egypt this year.

Baba Rahman had to suffer a torrid period in the past two loan spells with Schalke, either falling out of the rotation or getting injured. He will be returning to Stamford Bridge at a very crucial moment.

The left-back position is up for grabs since neither Marcos Alonso and Emerson Palmieri have proven to be able heads when it comes to their defensive responsibilities. If one were to leave South London this summer, Rahman can sneak into a spot and slowly work his way to the top.

Of course, all of it would depend on the manager who would be in charge of the club next season. Maurizio Sarri has been pegged to be shown the exit door after the Europa League final.