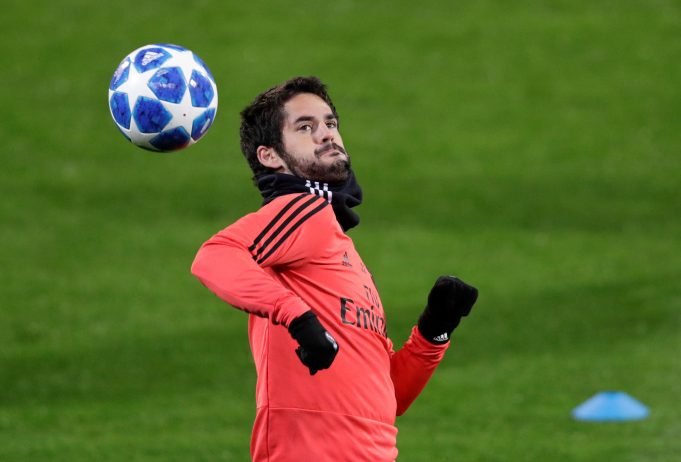 According to the Daily Star, Real Madrid would be open to sending Isco to Santiago Bernabeu if that would help them in signing Eden Hazard next summer.

The Chelsea winger is stalling on a contract extension with an offer worth £350,000 understandably already on the table. His current deal is set to expire by June 2020 which would force the Roman Abramovich management to consider a sale in the upcoming summer.

The Galacticos have looked fairly less dangerous this season than they have over the past 3 Champions League-winning campaigns. They are still suffering from the departures of influential figures such as Cristiano Ronaldo and Zinedine Zidane.

While Santiago Solari has managed to steady the ship with a 1-1 showing against Barcelona this week, the Bernabeu is still calling out for a bonafide star.

Eden Hazard is the perfect figure to shoulder Madrid’s offensive responsibilities. The report claims that the 28-year-old could be priced up to £140m in the present market.

With just 12 months left in his contract after this season, the Blues might not have much leverage in driving the price up further and also because of the player’s intentions to leave. Hazard has already revealed through RMC Sport that he wants to take his talents elsewhere after this campaign. Signing a regular Spanish international like Isco might be enough to sway Maurizio Sarri into a favourable direction.

Isco enjoyed a rewarding period under former manager, Zidane but is clearly not in Solari’s plans at the Spanish capital. The attacking midfielder who has a lot of creative abilities himself could arrive at London for the most obscene bargain since his value is typically low at this point of his career.