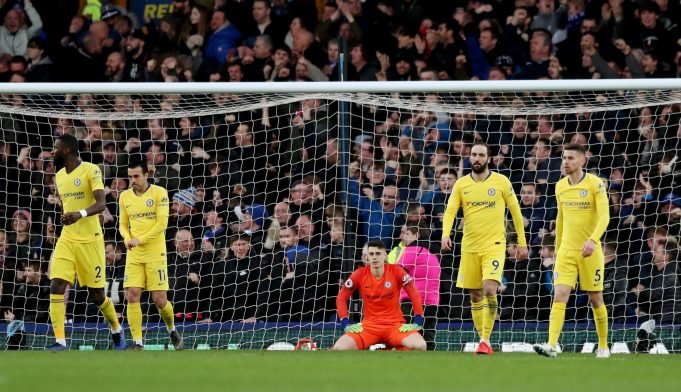 According to reports, Real Madrid are interested in signing Chelsea goalkeeper Kepa after giving up on Davd de Gea. This season, Real Madrid signed Thibaut Courtois from Chelsea. However, the Belgian was far from the reliable goalkeeper he was for Chelsea last season and for Belgium during the World Cup.

Courtois has made 32 appearances for Real Madrid this season and so far, has conceded 42 goals which is only 5 less than what he conceded during the entirety of last season.

Real Madrid have also tried out Zinedine Zidane’s son Luca this season but they want another goalkeeper next season. Los Blancos have set their eyes on Kepa.

Kepa joined Chelsea from Athletic Bilbao last summer to become the most expensive goalkeeper in the world. The Spaniard has done pretty well for Maurizio Sarri’s side so far. In 44 matches, Kepa has kept 20 clean sheets so far.

With Zinedine Zidane as manager, Real Madrid are keen on spending big in the summer to fortify their squad for the next season.