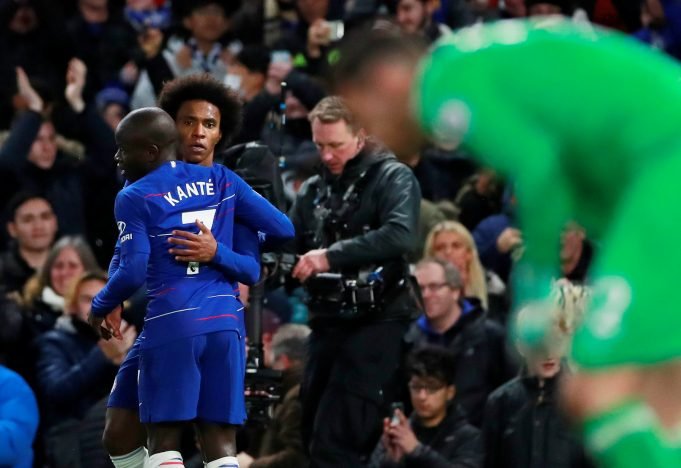 PSG are still keen to sign Chelsea star Willian. There were rumours linking the Parisians to the Brazilian on deadlined day but nothing happened.

Nevertheless, PSG are still keen to rope in Willian in the summer. This could be a repeat of last summer for Chelsea as they could be battling to keep Willian and Eden Hazard.

Willian is one of Chelsea’s key players and has been so ever since he joined the club from Shakhtar Donetsk in 2013. The winger’s current contract with Chelsea runs out in the summer of 2020.

PSG are in dire need of some reinforcements in their squad and were eager to sign some players in the winter. They only managed to sign Leandro Paredes from Zenit.

Now, PSG have set their sights on Willian. It will be interesting to see what kind of offer they place in front of Chelsea.

Given the fact that they might be losing Hazard in the summer, Chelsea will certainly give their all in keeping Willian at Stamford Bridge.