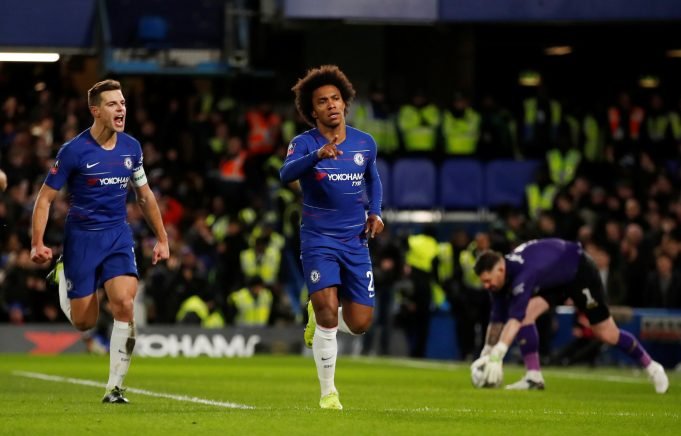 According to reports from the Daily Mail, PSG are eyeing Chelsea winger Willian as a deadline day transfer target. PSG are without Neymar for 10 weeks which means that the Brazilian forward will miss both their Champions League last 16 legs against Manchester United.

Hence, it won’t be easy for PSG to sign Willian. Willian’s current contract expires in 2020; hence, Chelsea won’t sell him unless any lucrative deal comes up.

Chelsea have valued Willian at £40 million and won’t sell him for any price less than that. Earlier, PSG manager Thomas Tuchel said that the club needs to sign players right now. So, it will be interesting if PSG make a bid for Willian now.