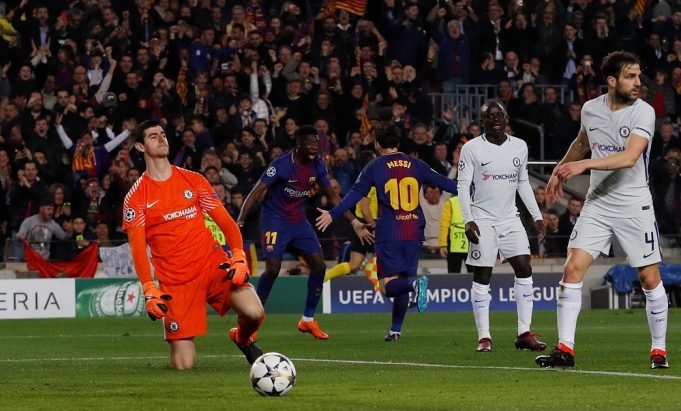 Thibaut Courtois has been one of the most important players for the Chelsea since he returned to them from Atletico Madrid. Since then he has won two Premier League titles with the Blues.

Courtious has been linked with a move away this summer with Real Madrid showing interest in him, as they are looking for a long term replacement for Keylor Navas. His contract is set to expire next summer and has yet to sign a new contract with Chelsea.

But according to RMC Sport, PSG also have the Belgium international on their shortlist and have already held talks with the goalkeeper’s entourage. And according to reports, the 25 year is also very interested to join the French Giants this summer as Chelsea are on the verge of missing Champions League next season.

But Chelsea are not willing to let go of the Belgian this summer and hoping he will sign a new contract extension. But if a deal doesn’t go through, the Blues are reportedly willing to let his contract run down to the end of next season rather than let him go this summer.

Courtois speaking about his contract situation at Chelsea last month, he told Sporza:

‘I have one year left on my contract and feel good at Chelsea.

At the end of the season we will sit down together. I live there quietly and know that I will be at Chelsea next year as well.

‘If I go to the World Cup with a clear idea, sign or wait another year, my mind will be clear at the World Cup.’

Read Also: Willian wants something to change at Chelsea next season