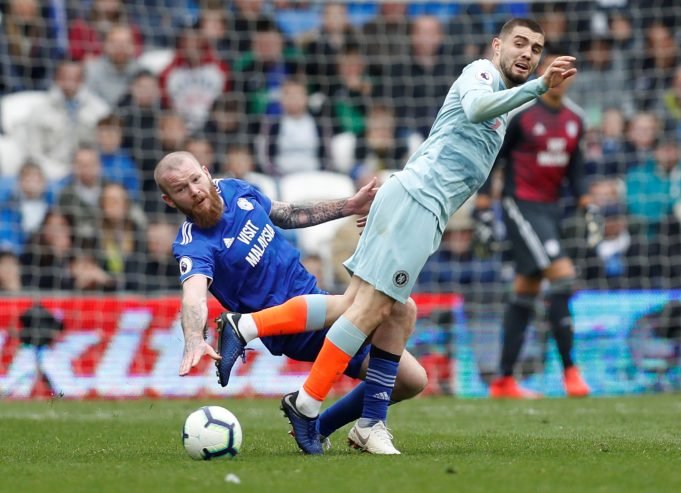 Chelsea are keen on signing Matteo Kovacic on a permanent basis from Real Madrid after it got revealed that the club will have to serve a two-window transfer ban.

The Croatian is one of the only players who can be signed by the Premier League outfit due to his prior agreement with the club. The Blues will have the option to buy Kovacic’s rights from Madrid but they will have to shell out €35m for it.

Chelsea just got handed a major blow through news of Ruben Loftus-Cheek’s Achilles tendon injury. The English midfielder has completely ruptured the tendon and has been forced to undergo surgery. He is expected to miss almost the entire 2019/20 campaign which will the spread the Chelsea midfield ranks quite thin.

Loftus-Cheek was being vetted to be a key part of the midfield trio and he was even making giant strides in the right direction. Now, Sarri has only Charles Barkley and Kovacic to field in the central midfield post next to regulars, N’Golo Kante and Jorginho.

Kovacic has done well during the time he has been allowed to feature for the Blues this season. The 25-year-old has combined well with Eden Hazard on the left flank and has also brought a natural flow to Sarri’s heavy passing system.

If Chelsea are given the green light to sign him after this season, they should strongly consider it. With both Loftus-Cheek and Callum Hudson-Odoi out injured, the South West Londoners will need to take up any option they get to strengthen their team.