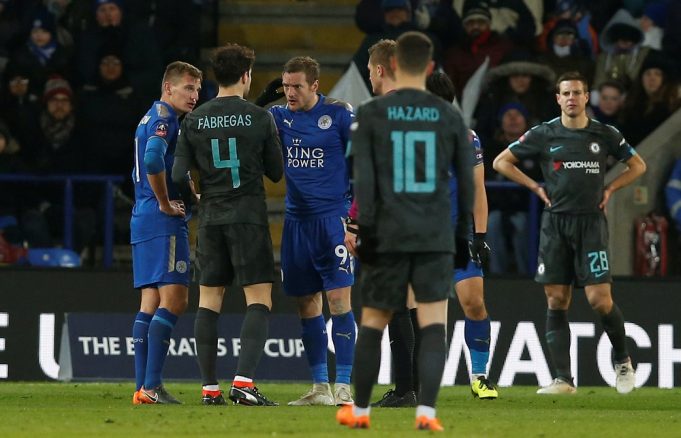 After Chelsea’s disappointing campaign this season, it has been speculated that Antonio Conte will leave the club this summer with PSG likely to be the destination.

Following players could leave Chelsea during the summer transfer window:

David Luiz had a very rough season. He has been dropped to the bench by Conte as he prefers Christensen more than the Brazilian.

With suffering from injuries too, he has played just 4 times for the Blues. With his contract expiring in 2019 Chelsea would like to cash in on him.

Another defender who is not having a great time with Chelsea. Cahill has lost his place to Antonio Rudiger, who arrived last summer. His captain’s armband is often taken by Cesar Azpilicueta.

With his contract also expiring next summer, Chelsea are unlikely to give him a new contract extension.

Alonso has been brilliant for Chelsea since he arrived from Florentina in 2016. The left-back has improved massively under Conte and is regarded as one the best in the country. He is also known for deadly free kicks.

He has been in brilliant form this season too scoring 7 goals and has attracted interest from Real Madrid. He started his career at Real Madrid and would be tempted to rejoin them. All depends on Champions League qualification.

Despite getting many chances from Conte this season, Fabregas hasn’t had the season he would have wanted.

His contract also expires next summer and Chelsea would want to decide quickly about his future. AC Milan are interested in him.

Courtios has been been heavily linked with a transfer move and Real Madrid have shown the most interest in him.

Real Madrid are looking for a goalkeeper this summer and have kept tabs on the Belgian.

With his contract also expiring next summer and there are still no new contract talks, he could very well leave this summer.

No doubt Hazard is the best player for Chelsea and without him they have struggled. Chelsea would definitely want to keep him for a long time.

But with Chelsea in the danger of missing Champions League this season and this would be their second time is last three seasons, Hazard might want to move to a different club to test himself.

Real Madrid have been a long admirer of him and Chelsea will have a real fight to keep him from going.