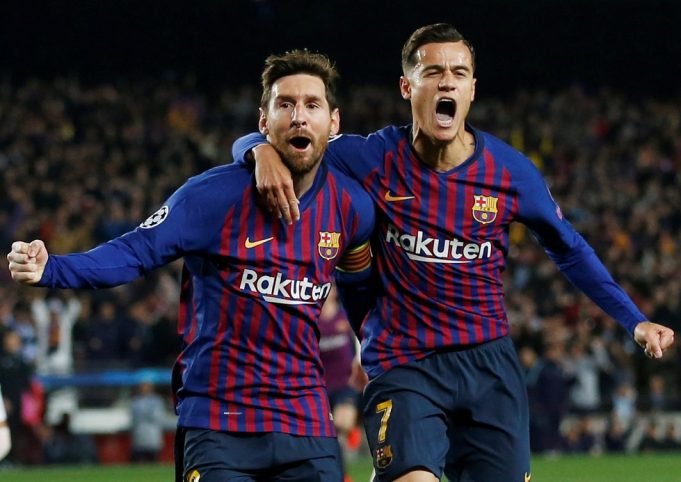 Philippe Coutinho has been told by his Brazilian legend, Rivaldo to ignore Chelsea switch for a place in this Barcelona side.

Talks are progressing about a summer move to Stamford Bridge after Coutinho’s loan deal with Bayern Munich ends.

“It looks like Bayern Munich won’t pay Philippe Coutinho’s option clause at the end of the season and the player is likely to return to Barcelona,” Rivaldo told Betfair. “I always thought Coutinho would adapt better to Spanish football than German, as there are some language and lifestyle issues that could be a little different for a Brazilian in Germany.

“Unfortunately, it hasn’t gone well for the player in either league and he will be returning to Barcelona. It’s up to the club and manager to decide whether he is going to have another chance next season or not. If the chance comes, Coutinho really needs to step up and show the great player he is, just like he did in England with Liverpool and has done with the Brazilian national team for which he is still an important player.

“I believe in his qualities and think much will depend on his will and mental strength. He must prove that others were wrong to write him off and that he can still make the difference for any team. Playing for Barcelona is a unique chance for a player and perhaps Coutinho’s experience in the Bundesliga has made him wake up and see that Barca could be the right place for him.

“Of course, it might not turn out to be the case and he could join a Premier League club (Chelsea seems interested). Barca might prefer to get back some of his investment in the player. I think Coutinho should fight to stay at Barca and try to convince the club of his qualities. That would be a real demonstration of his personality.”

Quique Setien admires the 27-year-old and is not opposed to utilising him at Camp Nou. Reports suggest that Chelsea will have to pay a £15m loan fee to get their hands on Coutinho. Frank Lampard knows just how good, the attacking midfielder is, if he is allowed to play in his preferred position. He could turn out to be the difference maker in the team’s attack next season through his goals and assists.