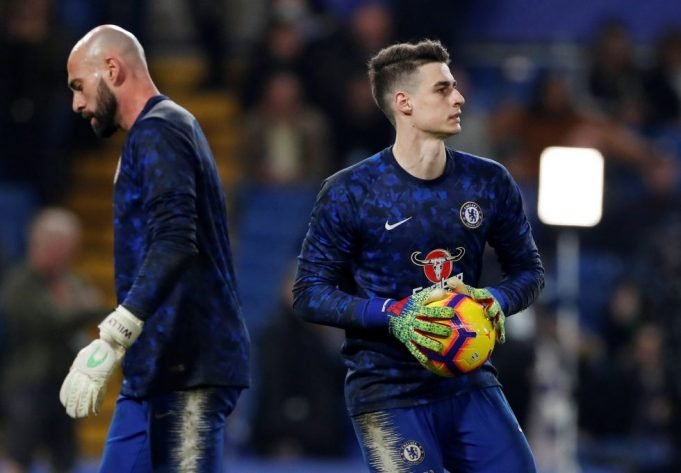 Petr Cech is actively looking for replacements for Kepa Arrizibalaga at Chelsea.

Fresh reports from The Telegraph claim that Frank Lampard is keen on signing a new goalkeeper even if Chelsea fail to sell Kepa.

The Blues have set up a scouting team of Cech and former goalkeeper coach, Christophe Lollichon to find their next custodian. Cech is already tasked with flying out to Germany to secure a deal for Kai Havertz. As soon as that is wrapped up, Lampard will focus his efforts on a new number one.

Kepa watched on from the benches as a veteran Willy Cabellero fended against Manchester United in the FA Cup semi-final. This is not the first time the Spaniard has been dropped from a key fixture following inconsistent performances. Lampard has lost faith in the 25-year-old who still stands as the world’s most expensive keeper at £71.2 million.

Lampard is already ramping up the Chelsea attack but he will soon need to address that faltering backline. Other than Kepa, Chelsea are devoid of a strong presence at the back who will deliver on a regular basis. Antonio Rudiger and Cesar Azpilicueta cannot be asked to hold down the fort on their own every game.