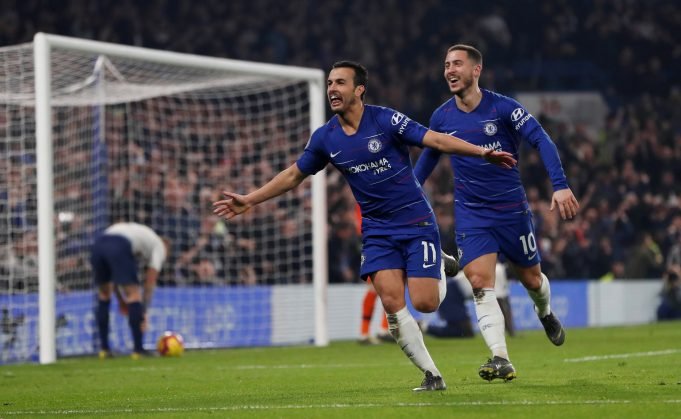 Chelsea star Pedro has revealed that the Chelsea players supported and respected Maurizio Sarri’s decision to bench Kepa for the match against Tottenham Hotspur last night.

Kepa refused to be substituted during the Carabao Cup final against Manchester City on Sunday. This angered Maurizio Sarri who later said that the goalkeeper was right but should have conducted himself in a different manner.

About Kepa’s axing, Pedro said, “He had to make a decision. He has done that and we simply respect him because we always respect all the managers. We have always been with him. We have always talked about all the problems we have had.”

There have been reports claiming that there is a rift between Kepa and Caballero over Sunday’s incident. However, Pedro said that there is unity within the dressing room. The Spaniard said, “We have all talked to each other in the dressing room. We’ve also talked to Willy and we’ve talked to the coach. The truth is that we have solved all the problems and I think it has been a [small] incident rather than a serious problem.

It always serves to learn. We are with Kepa, with Willy and with the manager. This is the path that we have to follow.”

Pedro scored his 8th goal of the season as Chelsea defeated Spurs 2-0 to keep their top four hopes alive.