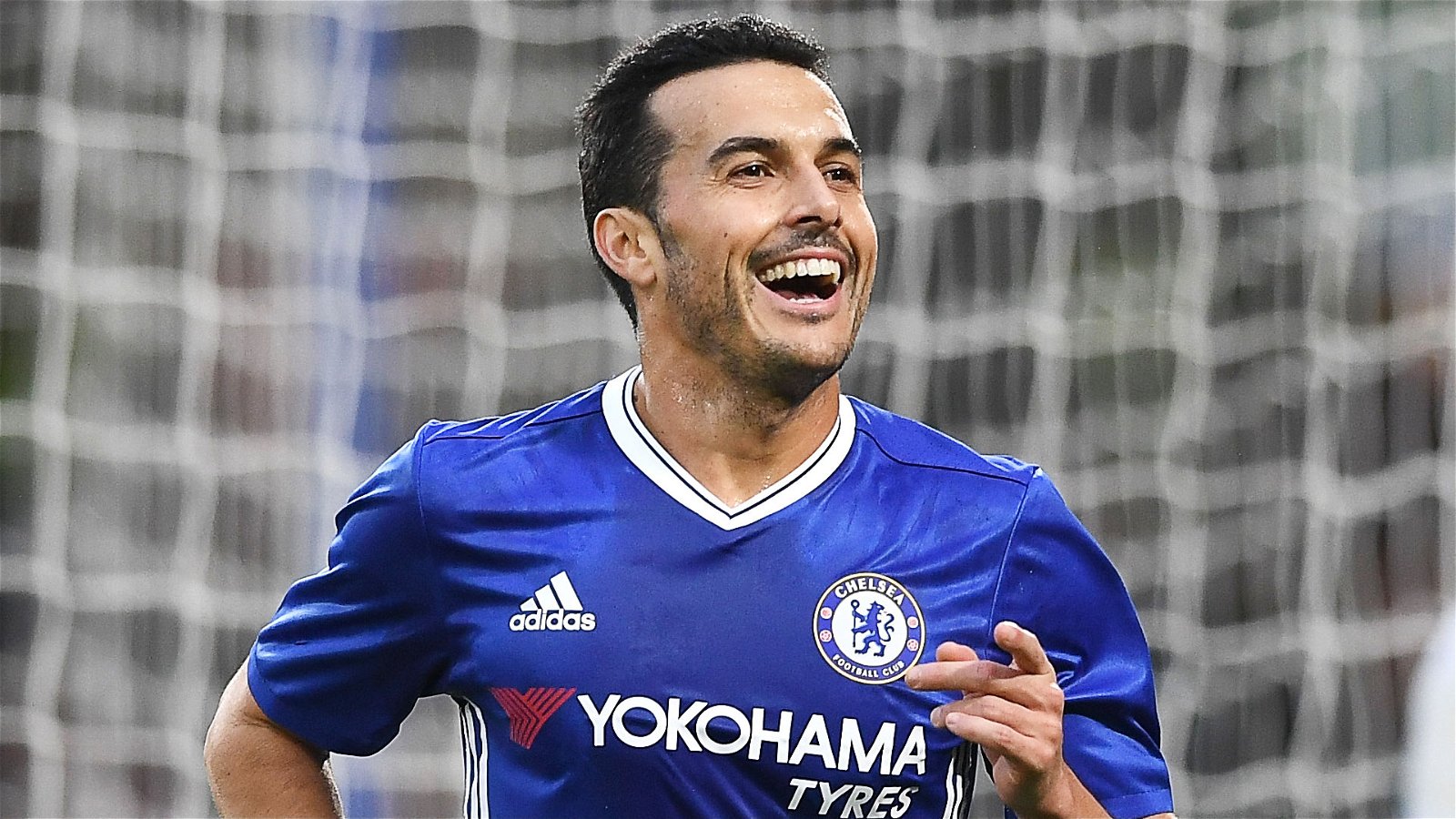 Looking for a Pedro pic, Pedro image or Pedro photo? Here you can find several Pedro pictures, images and photos. We have many Chelsea FC players pictures and now we have collected the best pictures, images and photos of Chelsea FC player Pedro Rodríguez Ledesma. If you are looking for a funny or interesting Pedro image, pic or photo this is the place to start looking.

Looking for Pedro pictures in Chelsea? In August 2015, Pedro joined Premier League champions Chelsea on a four-year contract for £19 million. Pedro started the season well with a number of goals for Chelsea. Below are the best Pedro pictures, images & photos at Chelsea. Here are a few Pedro images in Chelsea. 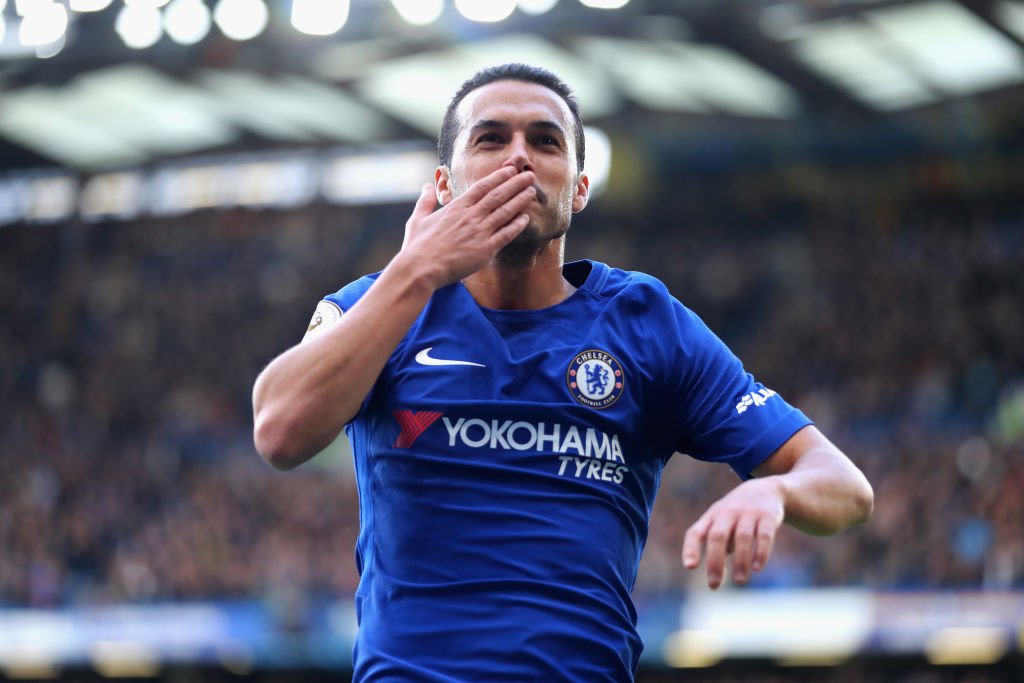 This Pedro photo is the best Pedro pic. It was taken shortly after Pedro scored the opening goal against Manchester United.

Pedro scored it in record time- 30 seconds-into the game. The photo captures Pedro’s elation at scoring against Manchester United. 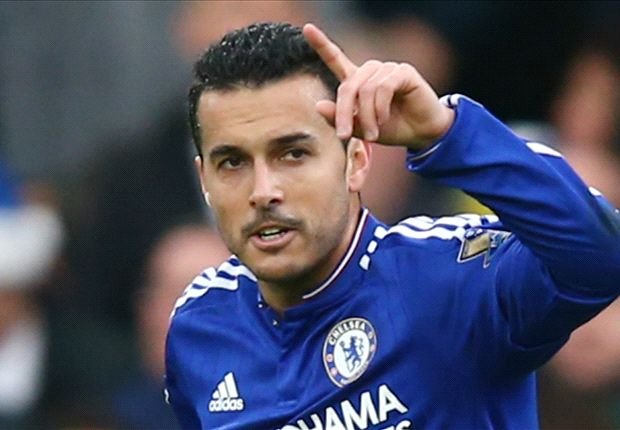 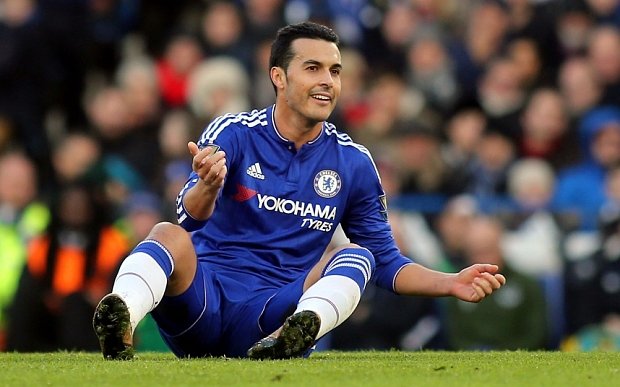 Pedro has a great smile and laugh. In-fact, Pedro is often seen laughing during matches. 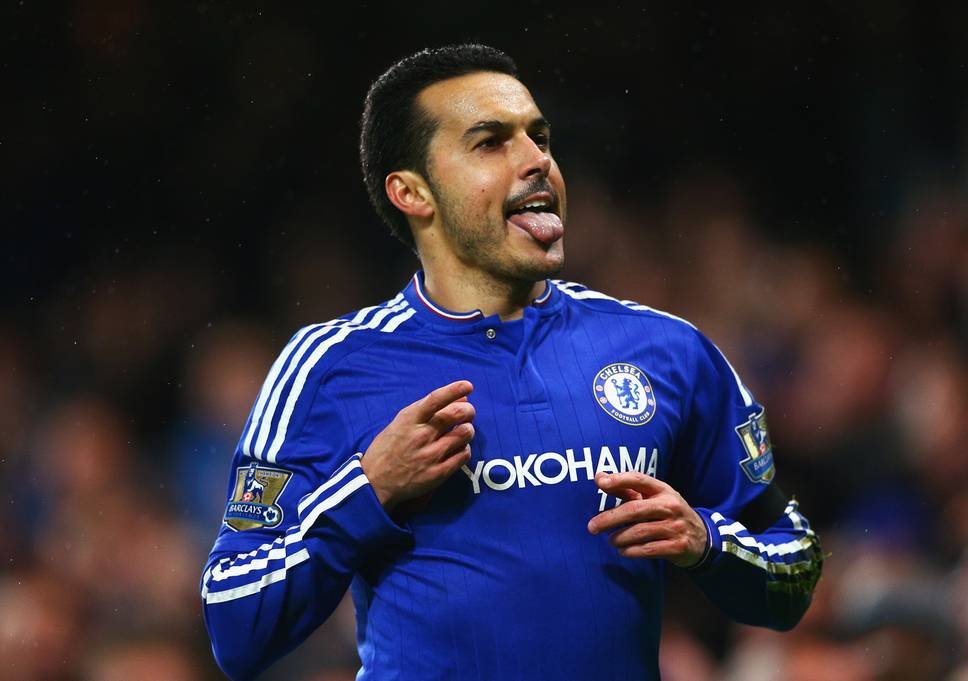 Looking for Pedro pictures at Barcelona? Here are a few Pedro images in Barcelona.

Pedro scored 99 goals in 320 appearances for Barcelona from 2008 to 2015. The Spaniard won five La Liga titles and the Champions League three times at Barca. In the 2009/10 season, Pedro became the first player ever to score in six different club competitions.

Pedro was born in Santa Cruz de Tenerife, Tenerife, Canary Islands. He joined the FC Barcelona youth team at the age of just 17-years-old. Pedro was scouted from hometown side CD San Isidro.

Pedro progressed through the ranks to finally join the Barcelona first team in 2009/10.

Here are Pedro pics at Barcelona 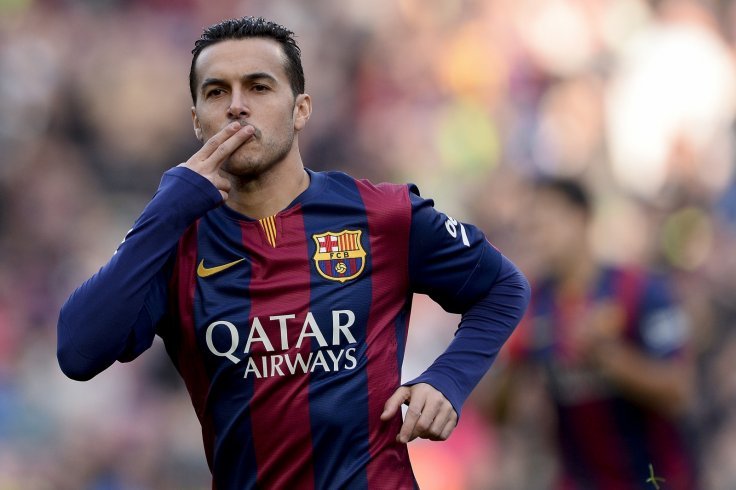 Pedro was a great player at Barcelona. However, he was often used as a sub. But he always impacts games when he does play.

Pedro being substituted for Luis Suarez 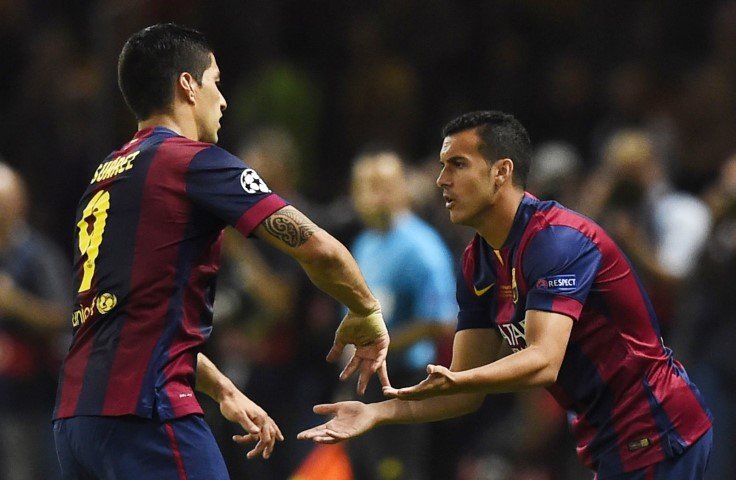 The little Spaniard being subbed in for Luis Suarez late on in a game for Barcelona. 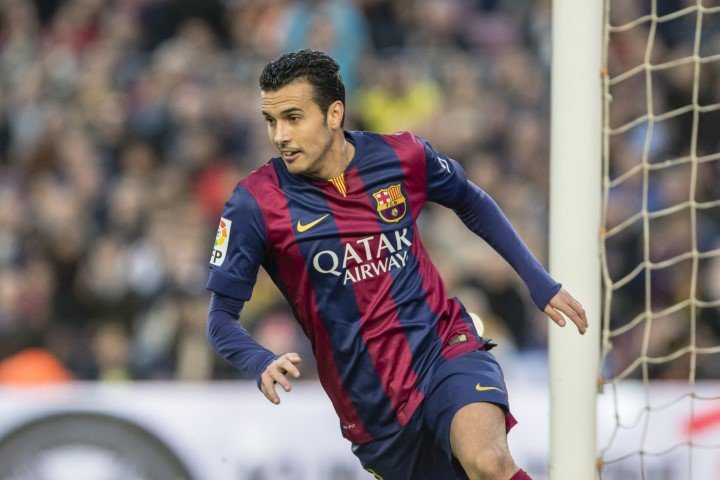 All Pedro Pics for Spain 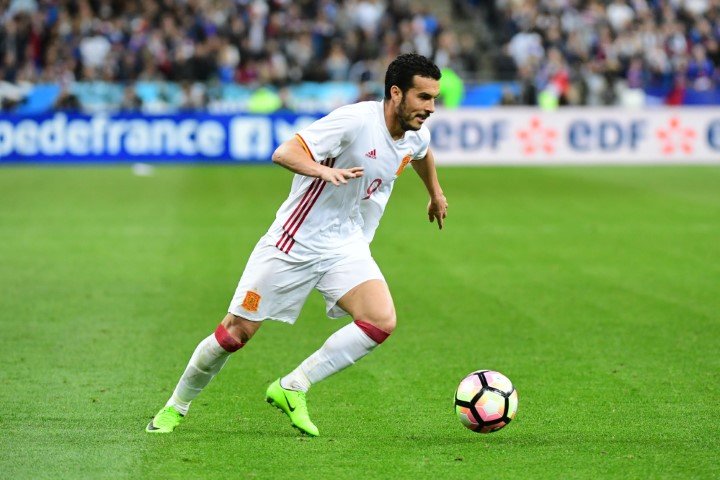 Pedro has represented Spain in numerous tournaments. Pedro has played for Spain in two World Cups and two European Championships, winning once in each tournament. 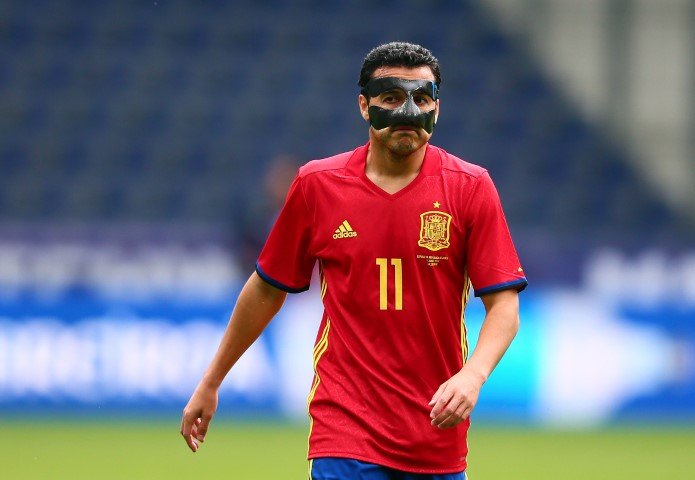 The Spaniard had to wear a face mask during Chelsea and Spain matches due to a broken nose. Pedro looked quite funny wearing the face mask.

All Pedro Career Goals and Apps – Barcelona and Chelsea

Here are all Pedro Career Goals at FC Barcelona and Chelsea

Chelsea players and their age