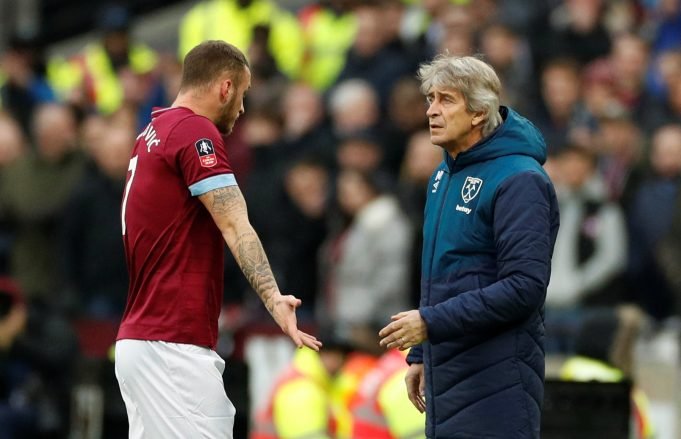 Chelsea boss Maurizio Sarri is having a crisis in the attacking department with their two centre-forwards Alvaro Morata and Olivier Giroud both displaying lack of form. Hence, Sarri is eager to bring in a new forward to Chelsea in January.

There were plenty of reports Chelsea to Bournemouth striker Callum Wilson. A few weeks back, Bournemouth manager Eddie Howe stated that Wilson will not leave the club. However, Chelsea are still keen to sign Wilson. With Bournemouth signing Dominic Solanke for £19 million, there’s a chance that Bournemouth might sell Wilson to Chelsea.

However, Merson believes that Arnautovic is a better option for Chelsea. The Austrian striker has been in the Premier League since 2013 and has played nearly 200 matches in England.

This season, the 29-year old has scored 8 goals from 17 appearances across all competitions.

Merson believes that signing Arnautovic will benefit Chelsea.  The 50-year old said, “Callum Wilson won’t stop Chelsea playing boring football – they need Marko Arnautovic. He’s a willing runner and he would help them stretch the game. At the moment it’s all so slow and predictable and the whole game is being played in a 30-yard space.

There is no movement at all and everyone just stays in their own position, so it’s easy for teams to stop and it could cost Chelsea a top-four finish. Wilson would help because he makes good runs and he’s scoring goals right now. Olivier Giroud is just a target man and he’s injured anyway.

As for Alvaro Morata, I honestly don’t know what he does. I don’t know what the Spaniard gives you – and Eden Hazard is just not a striker. But as much as Wilson would help, I don’t think he’s the answer. He’s a good stop-gap but he’s not going to guarantee you top four. West Ham’s star man Arnautovic might, though.

He is a proven goalscorer and he gives you something different. He can make things happen and do something special. His agent has been making noises about him leaving as well and Chelsea could probably get him for £40m because of his age.”

A few months back, Arnautovic’s agent mentioned that Chelsea were among the few clubs interested in signing him. The Austrian striker has plenty of potential and is always hungry for goals. He missed a few matches for West Ham due to injury but his brace against Brighton on Wednesday showed that he is in fine form at the moment.

As a matter of fact, Arnautovic scored his 8th goal of the season in West Ham’s FA Cup encounter against Birmingham which has just finished with West Ham winning 2-0.

Arnautovic is eager to leave West Ham to play at a higher level. Additionally, he was not happy on being subbed against Birmingham today. Given the fact that a move to Chelsea can give him Champions League football, the Austrian might be intrigued to move to Chelsea.