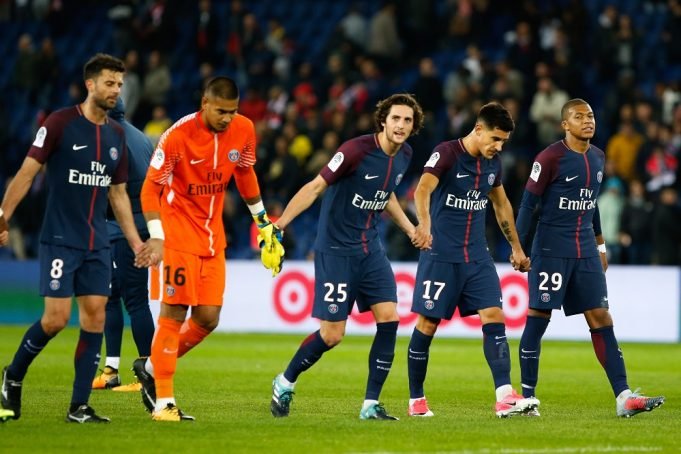 The Ligue 1 champions wanted to keep hold of the player

Chelsea were expected to sign a new goalkeeper this summer as Thibaut Courtois was heavily linked with an exit. Real Madrid were heavily interested in signing him and he even wanted to go there as he wanted to be close to his children.

The Belgium International finally moved for the La Liga giants and new Blues manager Maurizio Sarri signed Kepa Arrizabalaga from Athletic Bilbao for a world-record fee of £72 million, making him the world’s most expensive goalkeeper.

The Spaniard has been impressive so far this season, keeping 2 clean sheets out of 4 matches and the club are currently second in the table behind Liverpool.

However, club’s goalkeeper coach Christophe Lollichon has revealed Paris Saint-Germain goalkeeper Alphonse Areola wanted to join them this summer and admitted that he has a very good relationship with him.

The France International is considered as a key player for the Ligue 1 champions but he considered leaving them this summer after the arrival of Gianluigi Buffon from Juventus. But Thomas Tuchel wanted to keep hold of his prized asset.

“We spoke a lot in the summer,” Lollichon told Le Figaro. “He wanted to come here, but the final decision was not my responsibility. It would have been a pleasure to work with him.”

“I didn’t have to wait until Thursday to discover Areola,” he added. “For me, he’s already the best French goalkeeper today.

“His size, his ball-playing qualities, his calmness – he’s the keeper most adapted to playing in the way of the team.

“We eulogise about Lloris too much, but Areola is above him.

“Against Germany, he was very good in his position and his ability to cut out balls behind his defence. It’s the base of any goalkeeper, but not everyone can do it as well. Alphonse is very pro-active.”