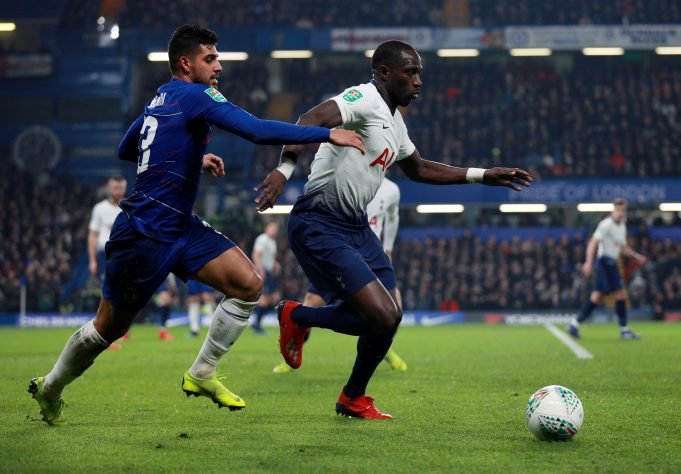 In light of the recent criticism faced by Maurizio Sarri, Chelsea defender Emerson Palmieri has asked the Chelsea fans to back their Italian boss and be patient with the team.

Chelsea have been a defensive, counter attacking team for the better part of the century, a style of play which has seen them become the most successful club in England since the takeover of Roman Abramovich.

However, the Russian oligarch’s desire to play beautiful football was not realised by any manager until Sarri took over last summer. Sarri-ball as it is refered to, it involves possession and attacking with a high-defensive line.

However, results have not been good with defeats to Arsenal, Spurs and Bournemouth this year preceding the hammering at the hands of City. Hence with fans turning against Sarri, Palmieri has asked Chelsea suporters to show patience with the Italian coach.

“We have a lot of important games during this month still,” said Emerson, who has made 22 appearances in all competitions for the Blues. We need to be focused on responding in the best possible way to each game. I’m sure we’re going in the right direction, and even though we have a final to play, we need to think game-by-game.”