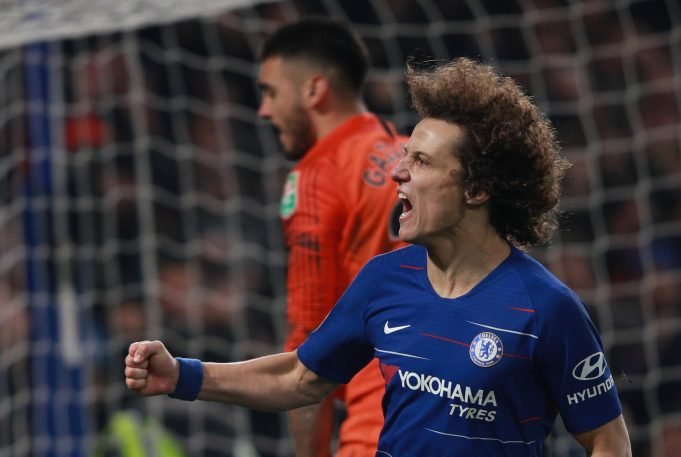 David Luiz is set to sign a new contract with Chelsea

Chelsea have been handed some good news in the shape of centre-back David Luiz agreeing to a one-year contract extension with the club.

As per the report in Goal Brazil, Luiz has accepted the new contract offers, that will keep him at Stamford Bridge till summer of 2020.

With the centre-back’s contract set to expire this summer, the news of an extension would be music to Chelsea fans’ ears. He has been one of the better players this season, defending well and passing out from the back with certainty.

Luiz’s partnership with Antonio Rudiger has been rock solid at the back for Maurizio Sarri’s men.

The former had a rough time last year with Antonio Conte, but he has done ever so well to recover nicely and give his 100% for the club once again.

The Blues’ fans would be delighted by this news once it becomes official. Luiz has won one Premier League, Champions League, Europa League and two FA Cups with them.

Chelsea are currently fourth in the league table and have a Carabao Cup final to contest with Manchester City for the first major honour of the season. They are in the Europa League as well which resumes next month.