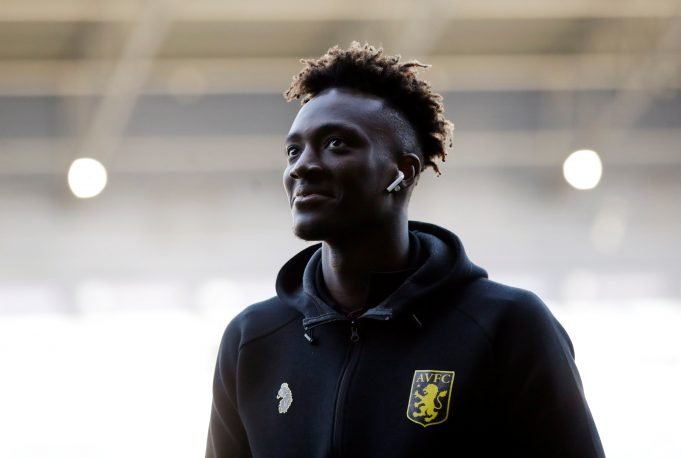 Tammy Abraham hinted at a Chelsea return after posting a farewell message to Aston Villa fans on his social media account.

The 21-year-old has enjoyed an outstanding season in the Championship, scoring 26 goals in 40 games and helping the Claret and Blues earn promotion to the top-flight.

Aston Villa is eager to secure his services permanently and is even ready to pay the Blues £25m for him. Unfortunately for the Villains, Abraham might have played his last game for them even if they are to play in the Premier League next season.

His caption on one of his posts on Instagram read –

Where do I start. Firstly I want to thank everyone @avfcofficial for a unforgettable season ❤️ felt the love and support from the get go & we did it together! This club will always have a place in my heart. @avfcofficial welcome to the premier league ???❤️ #UTV #TA18

Underneath the post, Chelsea youngster and Abraham’s former academy teammates, Trevoh Chalobah posted a cryptic message that read, “Chelsea No9” and Reece James posted a goat emoji – which meant that the striker was the ‘greatest of all-time’.

Abraham is one of the most promising athletes to come out of the Chelsea youth setup and he got to prove his worth this past season. With the Stamford Bridge outfit facing a two-window transfer ban, the forward has a fair shot of breaking into the senior squad just like Callum Hudson-Odoi and Ruben Loftus-Cheek.

Gonzalo Higuain is due to return to Juventus and that would leave the Blues with only Olivier Giroud and Michy Batshuayi with the latter also returning from his loan spell with Crystal Palace.