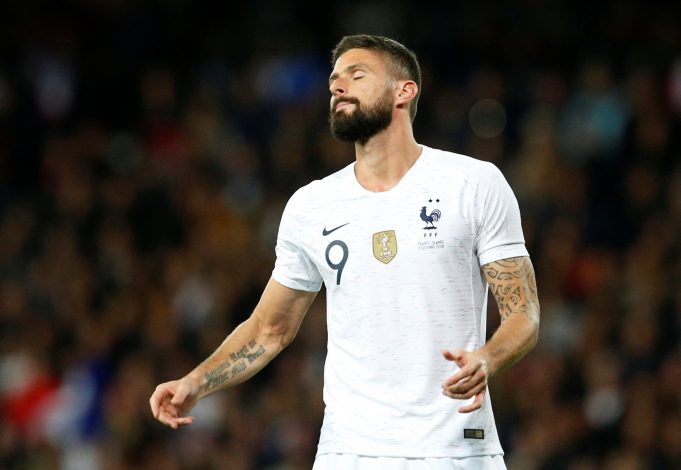 Chelsea and France striker Olivier Giroud said that reports linking him to a summer transfer to Marseille were exaggerated.

There were plenty of speculation during the summer that Giroud would join Marseille from Chelsea. Giroud joined Chelsea from Arsenal in January but his performances were not very good as he scored just three goals in 13 Premier League matches.

Chelsea’s other centre-forward Alvaro Morata also disappointed during the latter half of the season as they finished fifth in the league.

Despite there being several rumors that Chelsea wanted to sign other centre-forwards, they eventually stuck with Morata and Giroud.

Giroud said that reports telling that he wanted to go back to France were blown out of proportion. He said, “It did not go as far as was claimed. There was contact [from Marseille] last year, but nothing really concrete this summer.

I had just arrived at Chelsea, it was not the time to pack my bags again three months later. For me, Chelsea is the top club in England, the one that has won the most titles over the last 10 years. I am where I wanted to be. So why leave?”

Chelsea resume their Premier League campaign on Saturday when they take on Manchester United at Stamford Bridge.