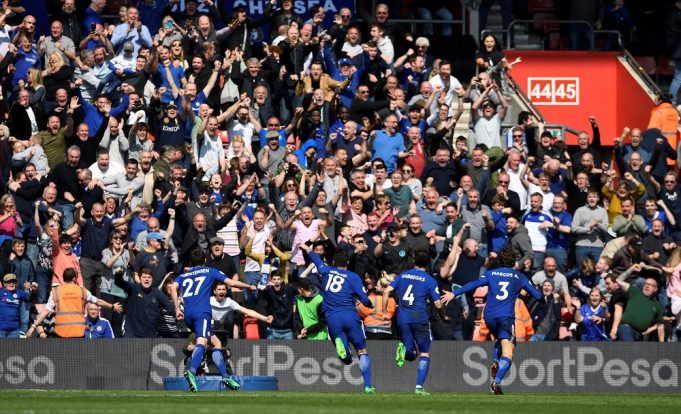 The Frenchman wants to justify his move to the club

Olivier Giroud joined Chelsea from Arsenal in the January transfer window. Despite not getting much game time for the first few matches, the Frenchman has recently given some impressive performances.

The Blues are in the semi-final of FA Cup and will be up against Southampton on Sunday. It is the only possible silverware the club can win this season and Giroud is desperate to win it.

Giroud has previously won three FA Cups during his tenure with Gunners and wants to win his fourth cup to fully vindicate his move from Arsenal to Chelsea.

“If I win it again, it would be my fourth FA Cup in five years,” said Giroud, quoted by Mirror. “I’m very excited. It’s a competition that’s very important for the fans and for us.

“We’re still hoping to qualify for the Champions League and as long as it’s mathematically possible we still have hope. The FA Cup is something different. Obviously I want to win it with Chelsea.

“I signed here to win trophies. Obviously Manchester City have done very well this season to be champions and that’s why it [the title race] is over for this year.

“But I believe we can compete very well next season and I’m looking forward to that. But we need to finish the job this season. We’re professionals, we’re competitors and we will believe until the end.

“The FA Cup is very important. Since I’ve been in England, everyone talks about the Premier League, but the FA Cup is massive as well. I understand that and I really want it for the fans.

“I want to carry on the good momentum, because I was unbeaten at Wembley with Arsenal and I want to do it with Chelsea, too. I want to win another FA Cup and Southampton is a big step before the final.”