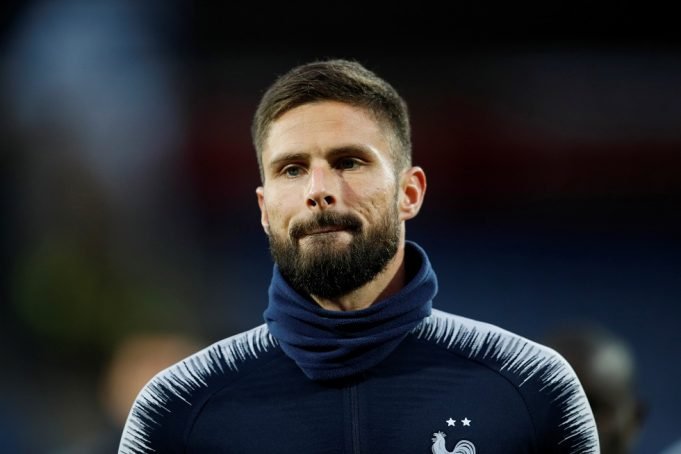 Olivier Giroud’s exit from Chelsea is not as certain as one might think.

Plenty have tipped him to leave this January after seeing a significant reduction in his playing time at West London.

Frank Lampard wants to move forward with his younger attacking players and Giroud is only a sporadic option. He only signed a year-long extension last season when he fell back into the manger’s good graces towards the end.

But with the additions of Timo Werner, Hakim Ziyech and Kai Havertz, the team simply does not have a starting role for him. Inter Milan and other European clubs are interested in signing him, even if it comes at a small price.

Even at 33, Giroud has shown how effective he can be. His game is centred around his strength, hold-up play and quick finishing within the box. Almost every team could use an aerial presence like him in an opposition box when the game is on the line.

Giroud would not mind reuniting with Antonio Conte in Italy but his family is convincing him to stay. Le 10 sports understands that he is settled in London and could talk himself into one more year with Chelsea. The striker also has no interest in returning to Ligue 1 as he stated previously.