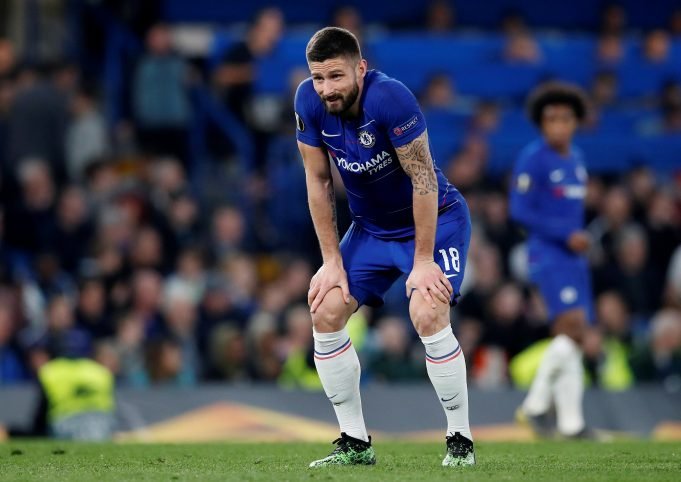 Olivier Giroud claimed that Chelsea’s dropped level of intensity ended up allowing Slavia Prague to make a case for a comeback on Thursday evening.

The Blues did get past the Czech Republic side 4-3 at home, 5-3 by aggregate but the fans were anything but comfortable in the seats late in the game.

Pedro scored a brace to put Chelsea 4-1 up in the first half of the Stamford Bridge encounter.

However, Slavia’s Petr Sevcik slammed in two long-range efforts to get the away fans roaring in the second half.

“We started well with good intentions,” Giroud told BT Sport. “We have been efficient up front and solid at the back, but we dropped our intensity after the break.

“But this team never gives up and the last 10 minutes was box-to-box. It was a good fight and now we are in the semi-finals.”

Slavia Prague will be taking back with them a warm memory of making a top Premier League side highly uncomfortable. It was a brilliant individual performance from Sevick.

“It was a great experience for me,” the midfielder was quoted saying by UEFA. “I am a lifelong fan of Chelsea and it was a fulfilled dream for me.

“I was a bit lucky, especially with my right-footed goal. But two goals against Chelsea, it is a dream.”