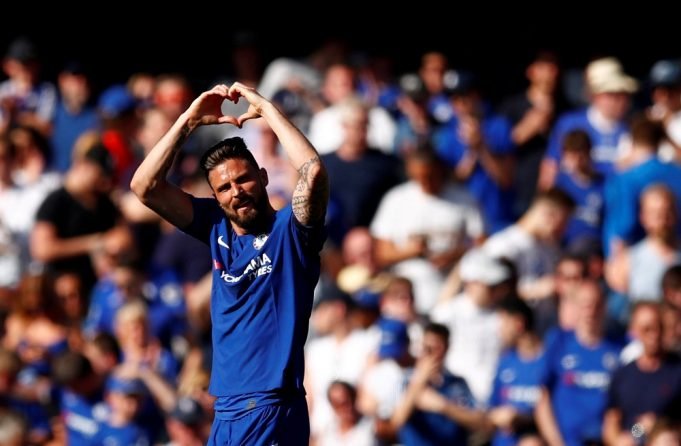 The Belgian has been linked with a summer exit

The Belgian International has been linked with a exit in the past transfer windows, with the likes of Real Madrid and Paris Saint-Germain having been long-standing suitors of him. But the Blue’s have been able to fend off interest and keep hold of the winger.

But the Premier League giants have struggled this season and the 27 year old has been again linked with a summer exit. Those at Stamford Bridge no longer have Champions League football to use as a bargaining tool, both for possible incomings and outgoings.

Hazard wants to keep his options open amid transfer talk and admitted that he will wait to see club’s recruitment plans this summer before making a decision on his future.

January signing Oliver Giroud wants the playmaker to stay at the club this summer and continue working on a promising attacking partnership.

The France international striker told the Evening Standard: “Of course I want Eden to stay – who doesn’t want to play with him?

“I want to carry on working on our partnership. The two of us have only been playing together a short time but we have a good relationship on the field. We play close together because that’s what the manager wants us to do.

“Obviously when we are in the same areas on the pitch we can find ourselves much better.

“We like to play together because we have a good understanding, we have different qualities that complement each other. It is easy to play with him.

“Eden and I are good friends off the pitch as well. He is a nice person, he is easy to get along with. I knew him before I came to Chelsea.

“We fought for the title in France when I was at Montpellier and he was at Lille. I didn’t know him personally then but I never had any doubts that we would form a good understanding.

“He has the same way of playing football and we share the same ideas.”

Read Also: Eden Hazard has no desire to leave Chelsea this summer