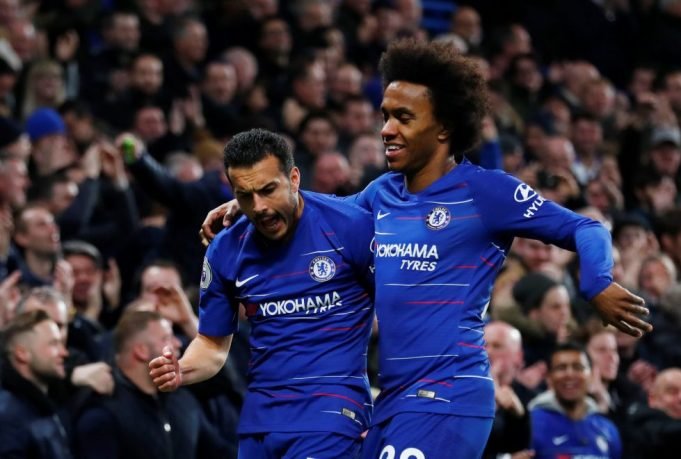 Chelsea have successfully managed to sign Willian and Pedro until the end of the 2019/20 campaign.

Difficulties brought on by the COVID-19 pandemic, it was becoming very difficult for football clubs to keep their entire squad through the revised schedule.

Of course, many out-of-contract players are rebelling to sign extensions in order to not jeopardize their future moves. Fortunately for Chelsea, Willian and Pedro have agreed to stay these few extra months. Both players are crucial to Chelsea’s top-four ambitions for the season.

While they are 5 points ahead of their nearest rivals, nothing is guaranteed with eight Premier League games still left to be played this season. Willian has featured in ever single one of the 30 matches played this season while Pedro has featured often as a substitute. Frank Lampard has trusted the veterans with attacking roles while the younger players develop slowly.

Callum Hudson-Odoi’s has picked up an injury right after the lockdown was lifted. Lampard was disappointed in his fitness levels and will need the extra help to cover his position. Chelsea are still in the FA Cup hunt but their Champions League hopes might have ended with the 3-0 defeat against Bayern Munich in the round of 16 first-leg tie.