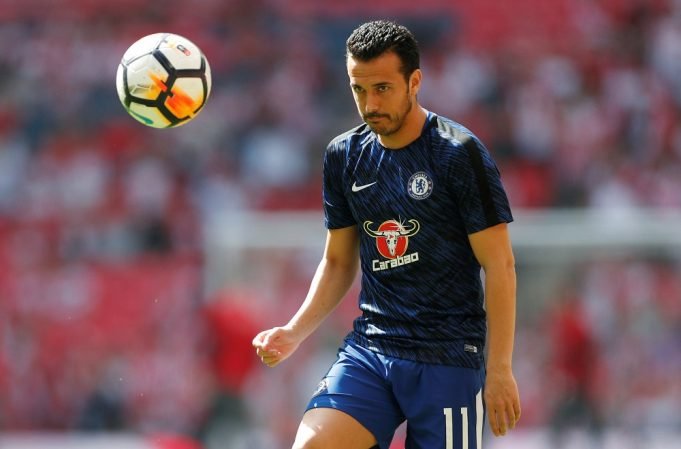 The Spaniard has extended his contract until 2020

Pedro has signed a new one-year contract with Chelsea, keeping him at the club until the summer of 2020.

The Spain International joined the Blues from La Liga giants Barcelona for a reported fee of £21 million, signing a 4 year contract in 2015. He has since become one of the most important attackers of the club, scoring 28 goals in 131 appearances.

The Spaniard featured regularly for the club last season, scoring 6 goals and assisting 2 in 37 appearances. He also helped the team to win the FA Cup, after they defeated Manchester United back in May.

The winger has featured extensively in the English side’s pre-season matches and has been one of the standout players, impressing the new boss Maurizio Sarri. He is expected to start against Manchester City in Community Shield on Sunday.

He told the club’s official website: “It is very good for me, I am really happy here in the club, with my team-mates, the supporters and the club in general.

“It’s important for me to continue with Chelsea, I am comfortable here and want to win new titles and trophies. I want to help the team, score goals, and I repeat, I am really happy.”

Club director Marina Granovskaia added: “We are very happy to secure Pedro’s services for another year.

“Since becoming a Chelsea player he has regularly demonstrated his quality on the field and we look forward to seeing him continue to flourish under the guidance of Maurizio Sarri.”