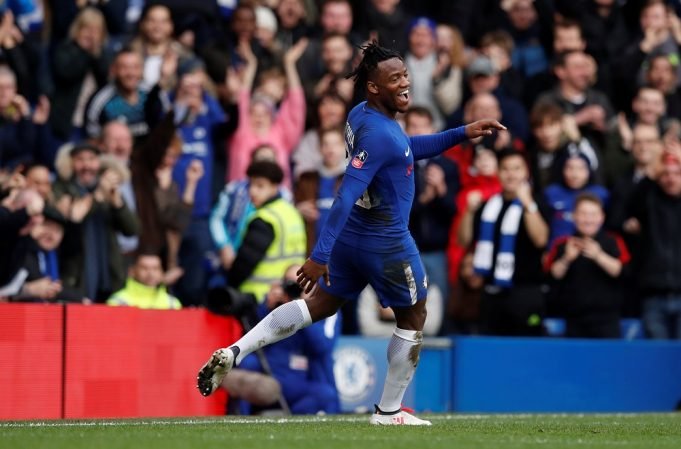 The Belgian impressed during his loan spell at Borussia Dortmund

Los Che announced in a statement on their official website: “Valencia CF have reached an agreement with Chelsea FC for the transfer of Michy Batshuayi until the end of this season.”

Batshuayi joined the Blues for a reported fee of €40 million, signing a 5 year contract in 2016 and was the first signing of Antonio Conte. Despite boasting a decent strike rate of 19 goals in 53 appearances, he found regular starts hard to come by in England.

Alvaro Morata was signed by the Premier League giants last summer to replace the Spanish striker, who returned to his former club Atletico Madrid. His bright start in the Premier League kept the Belgian out from the starting line up again.

His future was again uncertain this summer as the London outfit were heavily linked with a move for Gonzalo Higuain. However, the Argentine decided to join AC Milan instead.

Maurizio Sarri has, however, decided that he can do without the striker in the upcoming season. Several Spanish sides linke Atletico Madrid and Sevilla also showed strong interest in him.

Batshuayi has already spend time in Ligue 1, Premier League and Bundesliga and is all set to showcase his talent in the La Liga.

Chelsea star wanted by another La Liga side