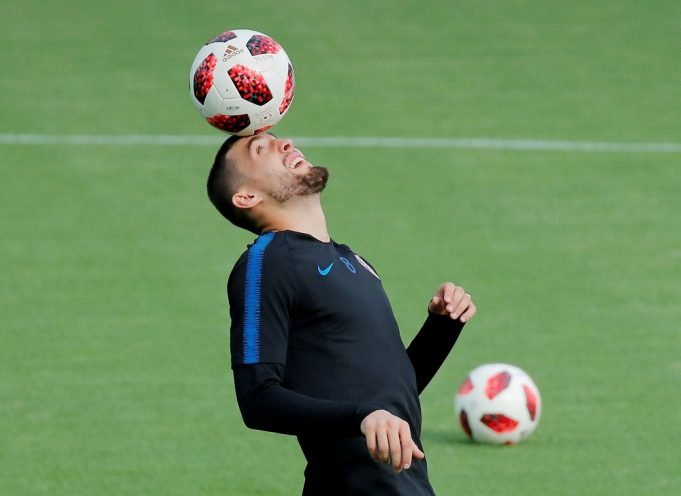 Chelsea have completed the signing of Real Madrid midfielder Mateo Kovacic on a season long loan. He comes as a part of a deal which see Thibaut Courtois going the other way.

The Belgium International was heavily linked with a move to Spain this summer as he has been stalling a new contract extension and even skipped the training on Monday to force through a move.

And he will now line up at the Champions League holders after a reported €35 million fee agreed that will also see the midfielder spend a year on loan in London.

“Chelsea and Real Madrid have tonight agreed terms for the permanent transfer of Thibaut Courtois subject to the agreement of personal terms and passing a medical,” Chelsea signalled in a statement published on the club’s official website.

“Subject to the completion of the deal Mateo Kovacic will join the Blues on a season-long loan.”

He has already won three consecutive Champions League and one La Liga title with the European giants.

He has been frustrated with the lack of regular football but it was believed that he would benefit when Zinedine Zidane decided to leave. But there were still speculations that he wants to leave.

He becomes the Blues second signing this summer after they landed Jorginho from Napoli. They are also close to finalising the signing of Kepa Arrizabalaga having activated the goalkeeper’s €80 million release clause, making him the world’s most expensive goalkeeper.