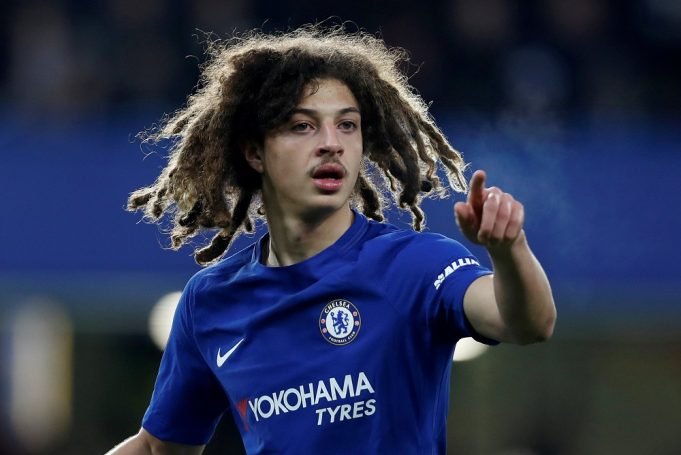 The 18 year old has penned a 5 year contract extension

Etham Ampadu has signed a new contract with Chelsea. He has penned a 5 year contract extension with the club.

“I’m looking forward to the next five years and all I have got to do now is continue to work hard, and hopefully good things will happen.”

Chelsea director Marina Granovskaia added: “Ethan has shown great potential and unbelievable maturity since arriving at Chelsea a year ago.

“In this short time he convinced a lot of people with his exceptional quality and mentality and we look forward to watching him develop into a key player for the club over the coming years.”

“You could say there’s been frustration on one hand, but at the same time I’m getting experience training with the players,” he added.

The Wales International joined the Blues from Exeter City last summer and managed to make 7 senior appearances for the club under former manager Antonio Conte.

The 18 year old has also broken into the Wales side and won rave reviews from manager Ryan Giggs following his starring role in the 4-1 Nations League win over Republic of Ireland earlier this month.

Though he was linked with a summer exit as many clubs were interested in sgning on a season long loan, the defender decided to stay and fight for a place in the starting XI under Maurizio Sarri.

He is yet to feature so far this season as the London Outfit are on top of the table after 5 Premier League fixtures.