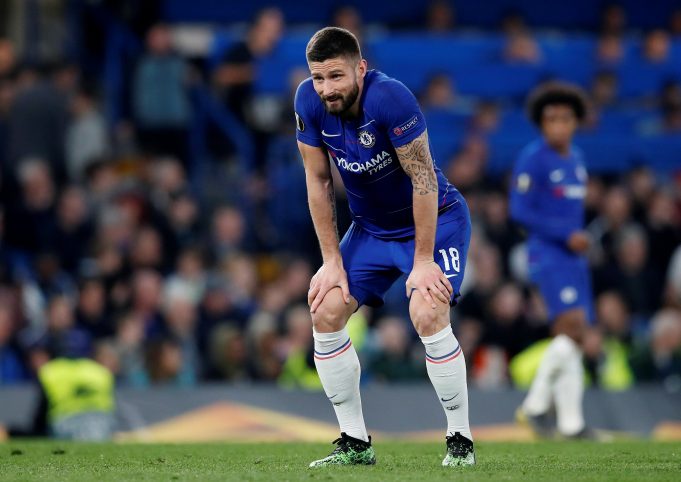 Nice have confirmed their interest in Chelsea forward Olivier Giroud.

The forward has become a fringe figure since the arrival of Gonzalo Higuain at the Stamford Bridge and has fallen down in the pecking order. Despite his limited game time the French international has proven his worth in the Europa League campaign and could play a vital role when the Blues face his former club Arsenal on May 29 in the Europa League final.

Giroud’s current contract will expire after this season but the West London outfit do have the option to extend it for a further year and given the current transfer ban looming on them he is expected to stay at the club for another year.

Nice’s technical director Giles Grimandi said, “If Olivier Giroud decides to come that is because he likes the project at OGC Nice If Olivier is not happy at Chelsea, if he wants to play, we will take all the elements into account. I have spoken with Patrick [Vieira] about Olivier Giroud, but we have not spoken with Olivier Giroud.”

“Olivier I know him very well. Very well because I was involved in his transfer from Montpellier to Arsenal. Olivier will choose his destination. For the moment I have not spoken to him. If Olivier Giroud decides to come to OGC Nice it is because he knows the means that we have.”