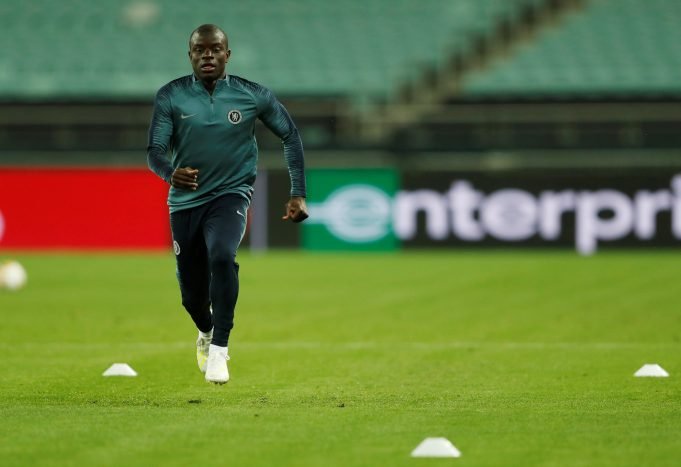 Maurizio Sarri stated that N’Golo has a 50/50 chance of appearing in the Europa League final on Thursday.

Chelsea are not too optimistic but the manager revealed in his pre-match press conference, “He had a very little problem in his knee on Saturday. It’s 50/50. Yesterday, it was 60/40 for ‘no’. He was a little bit better this morning.’

“It is not serious but the problem is the timing. Right now we don’t know. We will try until the last moment. I hope to recover him because I know very well it is a problem for us without him.”

The Blues are already set to be without Antonio Rudiger, Ruben Loftus-Cheek and Callum Hudson-Odoi for this crucial tie. It also will be Eden Hazard’s final appearance for the club.

When speaking on the Belgian, Sarri added, “It is a pleasure to [coach him] during the matches of course. Sometimes it is a problem during the week.

“At the moment he’s one of the most important players in the world. I think he can improve. He can become the best player in Europe and in the world, I think. Training is a problem, it can be boring because for him things are really very easy.”

Kante did join his teammates during training on Wednesday but he quit midway. Fans would hope it is only a precautionary measure but the Frenchman is unlikely to participate in this high-intensity match at Baku.