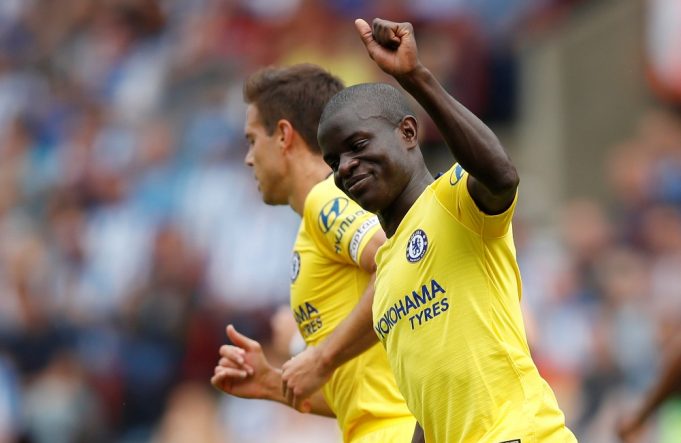 Chelsea midfielder N’Golo Kante has signed a new contract to commit his long term future with the club.

The French international has extended his stay by five more years ending all the speculation regarding his possible departure from the club. He is set for a huge increase to his current wage and will be the highest paid player at the club with a reported wage of £290,000 per week.

Kante has been pretty consistent in the middle of the pitch and played a pivotal role in Chelsea’s Premier League triumph back in 2015/16 season.

The arrival of Mateo Kovacic and Jorginho seemed to have put his position in the danger but the World Cup winner has seamlessly fitted into the new system and has embraced the new advanced midfield role with both arms.

Kante said, “I’m happy to extend my time with Chelsea, it has been two beautiful years and I wish for more to come. Since I came, I completely improved as a player, challenged myself and got some awards I never thought about. I like the city, I like the club and I am happy to be here for more time.”

Club director Marina Granovskaia said, “We are delighted N’Golo has signed a new contract and sees his long-term future with Chelsea. When he arrived, we knew we had signed a special player but he has astounded everybody with his tireless and unselfish displays.

“Off the pitch, he remains a dedicated professional and a humble human being despite the fact he is a world champion and a two-time Premier League winner. We now look forward to five more years with N’Golo at the heart of the Chelsea midfield.”