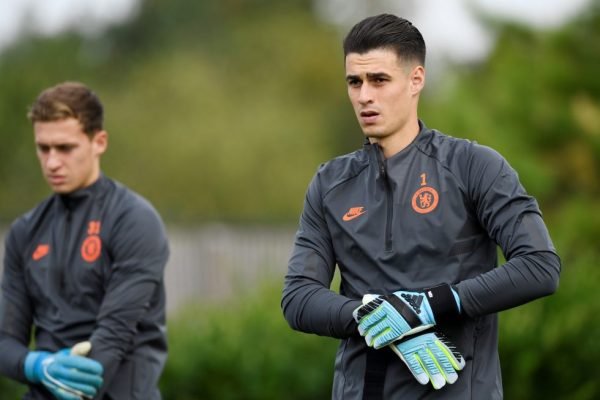 Kepa Arrizabalaga is only appearing in Cup games for Chelsea.

According to a fresh report from the Daily Mail, Newcastle United have identified Kepa Arrizabalaga as one of their potential transfer targets.

He has been picked with another options like Dean Henderson, Bernd Leno, and Sam Johnstone.

Chelsea football club spent a record £71.6m back in 2018 to secure his services from Athletic Bilbao. The Spaniard was supposed to succeed Thibaut Courtois between the sticks for years to come, but Edouard Mendy became the first-choice goalkeeper.

The 27-year-old is only appearing in Cup games. An impressive loan spell next season might help Chelsea get better deals for Arrizabalaga in the forthcoming future.

The Magpies have scripted a resurgence under Eddie Howe following the high-profile takeover of a Saudi-led consortium.

Chelsea have Marcus Bettinelli in their squad contracted until the summer of 2023. The former Fulham keeper is an able understudy to Mendy.