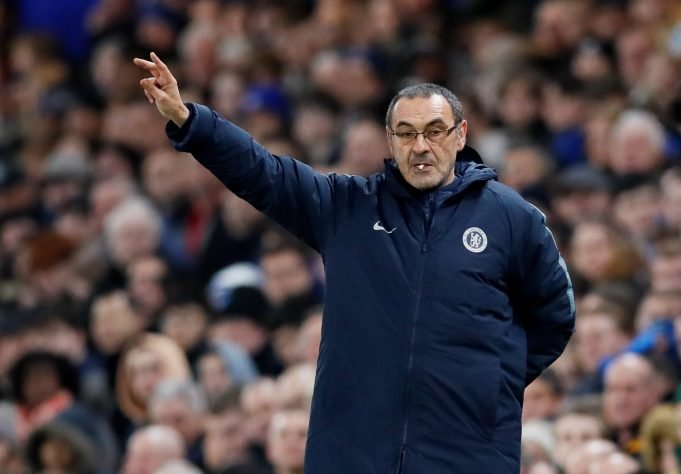 Napoli president Aurelio de Laurentiis has taken aim at under fire Chelsea manager Maurizio Sarri. The former Napoli manager has faced a lot of criticism for his failed implementation of “Sarri-ball” at Stamford Bridge after the recent setback they have faced in the Premier League.

His former club’s president has taken this opportunity to take a dig at the Italian gaffer, who left the Serie A club last summer. He said, “It would be fun to play Chelsea in the final, assuming of course that Sarri can hang on that long.”

Laurentiis added, “I hope he does stay there and do very well, because Sarri loves his work to the point of madness. Sarri gave a great deal to Napoli. Some might not always be able to share his vision of football but we all have our strengths and weaknesses, otherwise we would not be human.”

Chelsea are set to take on Manchester City in the final of the Carabao Cup later today. A lot will depend on the result of the match as it might decide the fate of the Italian gaffer on whether he will stay at Stamford Bridge or not.