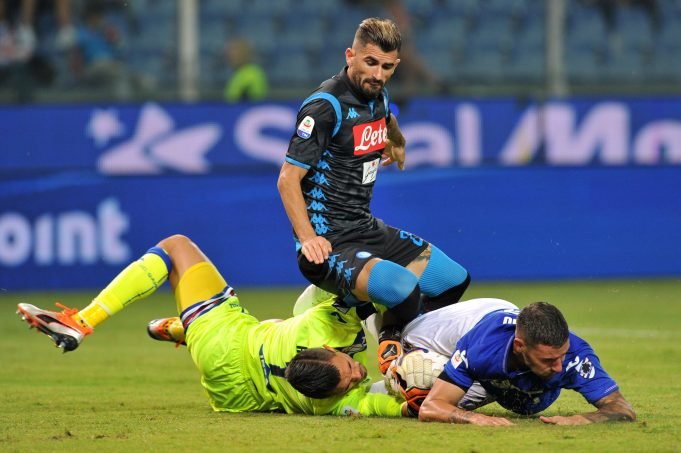 Chelsea have been linked with Napoli defender, Elseid Hysaj ever since Maurizio Sarri was signed as head coach of the club last summer.

The Italian manager did succeed in reuniting with one of his former players, Jorginho at the Stamford Bridge along with the additions of Kepa Arizibagala, Matteo Kovacic and Robert Green but could not add Hysaj into the mix, as revealed by the Albanian’s agent.

“He could have gone with Sarri to Chelsea, but Ancelotti blocked everything. He even publicly said recently that he was counting on him for this last period, but the facts say that in the last four games, Hysaj has only played one. Therefore that probably means he’s not too important for the Coach. If Ancelotti no longer considers him a starter and wants to remove the disturbance, we’ll do it.”

Just recently, the Blues completed the signing of Christian Pulisic who will represent the club in the 2019/20 campaign. Hysaj is a modern day fullback who has fallen down the pecking order under Napoli’s new boss, Carlo Ancelotti.

Speaking out on the possibility of a move away from the Stadio San Paolo, Mario Giuffredi was quoted, “The important thing is hearing that Ancelotti respects Hysaj. He confirmed his faith in him. Of course, the January transfer window is always to be evaluated and there has been talk of Chelsea, for example.”

“If there are situations that are mutually advantageous, then we’d evaluate them. If nothing happens in January, then we’ll discuss a contract extension.”

Giuffredi does not want his client to be tied up in a long transfer saga and has warned other clubs to move fast for his signature.