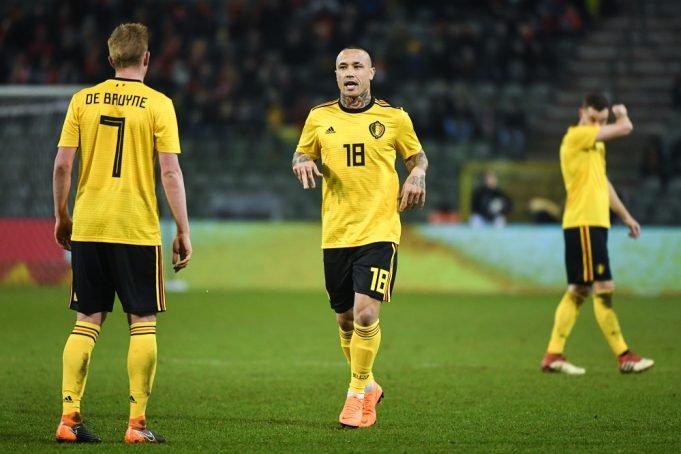 Nainggolan is very happy at Roma

Radja Nainggolan has been performing for Serie A club Roma at a very high level constantly for the past few years and has been linked to numerous top clubs particularly Chelsea.

He has been extensively linked with the Blues for the past few seasons and was on the verge of joining them two years ago but a deal never materialized. Chelsea are still interested in signing him this summer.

The Belgian has been linked with a move to rivals Inter Milan too but the midfielder has stated that he is happy at Roma and does not want to leave the club this summer. He also revealed the reason he turned down Chelsea two years ago.

“Inter? There was interest from them because the coach rates me and vice versa, even if you wrote 1,000 stories about it… but let’s forget it,” Nainggolan told Il Tempo.

“I’ve always had a good relationship with Spalletti, he put me in the best condition to express myself, but ultimately there was no chance that I’d leave Roma.

“The truth is that in the past, I rejected important offers. Two years ago I could’ve gone to Chelsea and earn more, but for me there is not only the economic aspect ”

Nainggolan has made 24 appearances in Serie A this season, with Roma third in the table, four points ahead of fourth-placed Inter Milan.

Read Also: Chelsea to return with bid for Koulibaly