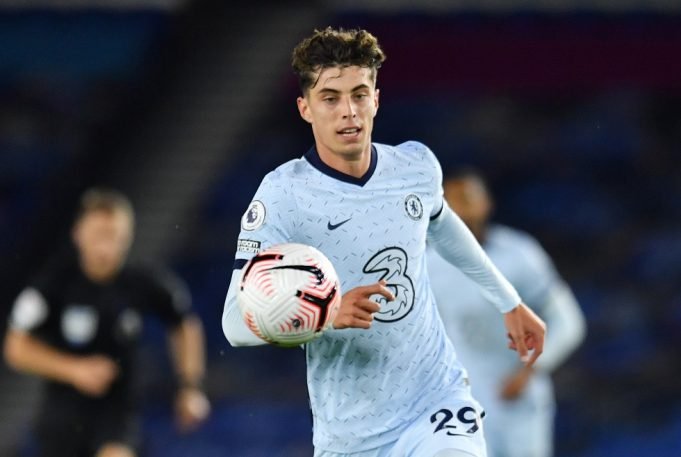 Kai Havertz has outlined exactly where he feels the most comfortable as a player.

Chelsea signed him from Bayer Leverkusen on a record deal only to make him the attacking talisman in the near future.

Havertz made a name for himself in Germany, playing in various positions for Leverkusen. He ensured a prolific tally of goals either from the flanks or through central positions. Many still question where his best position is but the 21-year-old has cleared it all up.

When talking about his versatility, the 21-year-old said, “I played I think every offensive position at Leverkusen. I played as a right-winger, as a No.10, as a No.6, No.8 and sometimes as a striker as well.

“But for more it’s very important to have that flexibility on the pitch and to be creative, that’s something I like. I think I can play many positions.

“Of course, for me, my best position is as a No.10, but of course I can play on the right side or as a striker as well. To be honest I’m happy to stay on the pitch. I think I’m flexible.”

Havertz started his first game under Frank Lampard on the right flank. This might have been due to Hakim Ziyech being unavailable and Havertz playing in the same role at Leverkusen. Ultimately, we all expect him to play behind the striker and dictate Chelsea’s attacks on a regular basis.