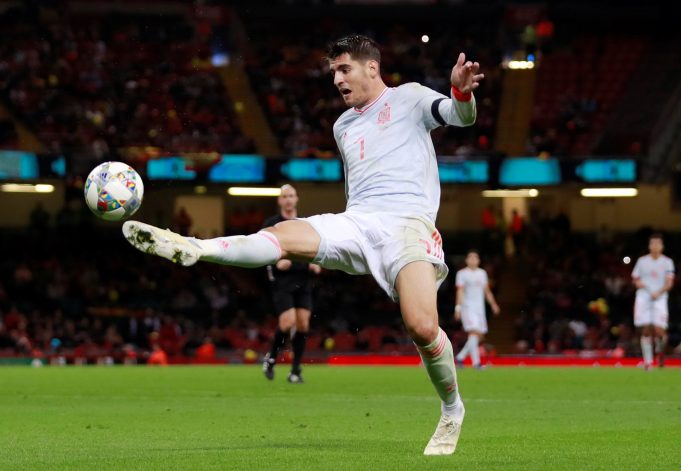 Chelsea striker Alvaro Morata has said that he has gone through a difficult spell at Chelsea and needs to score more goals to be happier at the club.

Morata joined the club last summer at a fee of £58 million. He had a strong start to the season but his form dipped as the season progressed. He ended up scoring 11 goals from 31 Premier League appearances. Morata’s lack of scoring eventually cost him a place in Spain’s World Cup squad.

This season, Morata endured another poor start. However, he has shown some glimpses of improvement by scoring a goal each in Chelsea’s last two matches. He scored the winner in their Europa League fixture against Videoton and scored one against Southampton.

Morata said that he felt miserable during his goal-drought and has said that he needs to keep scoring goals in order to feel better.

The Spaniard said, “I’ve learned many things from last season. It was very difficult for me. I left home to play the World Cup and I wasn’t included in the squad anyway.

Now that my two sons are born I can control my emotions a bit better, both the positive and negative ones. I am happy when I am outside the pitch. I’d like to be happier when I play, I need to score more goals in order to be happier. I was really sad a few months ago.  I wasn’t depressed but I didn’t live my situation very well.

People used to love me, I scored seven goals in the first seven games at Chelsea. Then I got injured and I was playing even if I was feeling pain. There was lot of tension and I didn’t want to speak to anybody. One day my wife told that I wasn’t handling the situation in the right way. I was angry because I thought she was against me too.”

Morata featured for Spain in both of their matches during the international break. He started in the friendly against Wales and came on as a substitute in their Nations League fixture against England.

The 25-year old will hope to extend his scoring run as Chelsea resume their Premier League campaign against Manchester United on Saturday.