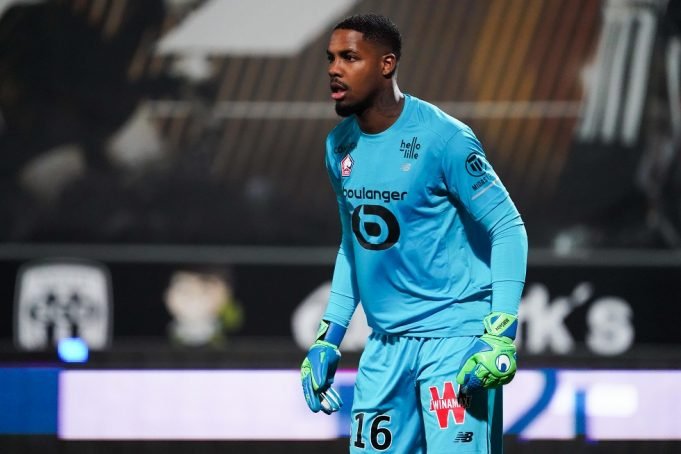 Chelsea are marching ahead for Lille goalkeeper, Mike Maignan.

According to Sky Sports, the 25-year-old has shot up their target list and Frank Lampard is looking to make a deal. Kepa Arrizibalaga is nearly confirmed to be out of his plans for the 2020/21 season but no replacement has been brought in yet.

Maignan is valued at €30 million by the Ligue 1 outfit. They have done plenty of business with Premier League outfits and always remain eager on making a healthy profit. Maignan would be no different, given the pedigree he has shown in the top flight. He came up through the PSG ranks and represented France at every youth level.

Maignan has 42 clean-sheets in his 133 appearances for Lille so far. The French outfit dished out only €1 million to sign him in 2015 on a five-year deal. He extended his contract in 2018, after breaking into the senior team and now has two year’s left with Lille. Chelsea are not exactly in the driving seat for this transfer and they might have to meet Lille’s asking price.

Other targets for Frank Lampard has been Atletico Madrid’s Jan Oblak and Ajax custodian, Andre Onana. While Oblak will be far too costly, the Blues have failed to make any ground on Onana’s signature. This is where Maignan comes in to potentially take up the number one shirt at Stamford Bridge.