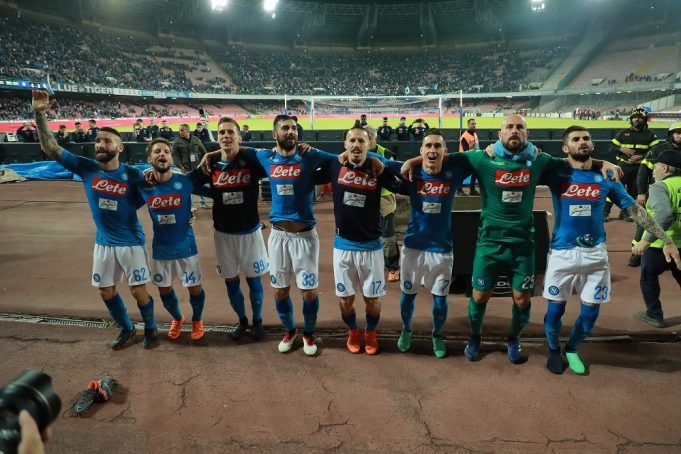 The Italian is closing on to joining the Blues

Chelsea manager Antonio Conte has been tipped to leave the club this summer despite his  3 year contract with the club expiring at the end of the next season.

The Blues are continuing talks over a deal to bring in the Italian to replace the former Juventus manager and it is believed that he will target some of his former players if he is appointed.

Sarri wants to make Dries Mertens his first signing as Chelsea manager, according to the Daily Mirror .

The Belgian joined the Italian giants from PSV Eindhoven for a reported fee of €9.5 million in 2013 and has been a mainstay in the team since then.

The 31 year old upped his game midway through the 2016-2017, when his former manager jiggled his starting line-up and put him up front. He scored 28 goals and was behind Edin Dzeko only in the league.

The Belgian International was in great form last season, scoring 21 goals and assisting 9 in all competitions and establishing himself as one of the best forwards in the world.

Conte even tried to sign him twice before but failed to convince him to join. They previously baulked at meeting the £24.5 million release clause for him, and now that clause has expired, so he could be even more expensive.

Read Also: Maurizio Sarri set to bring Chelsea legend to the club as his assistant