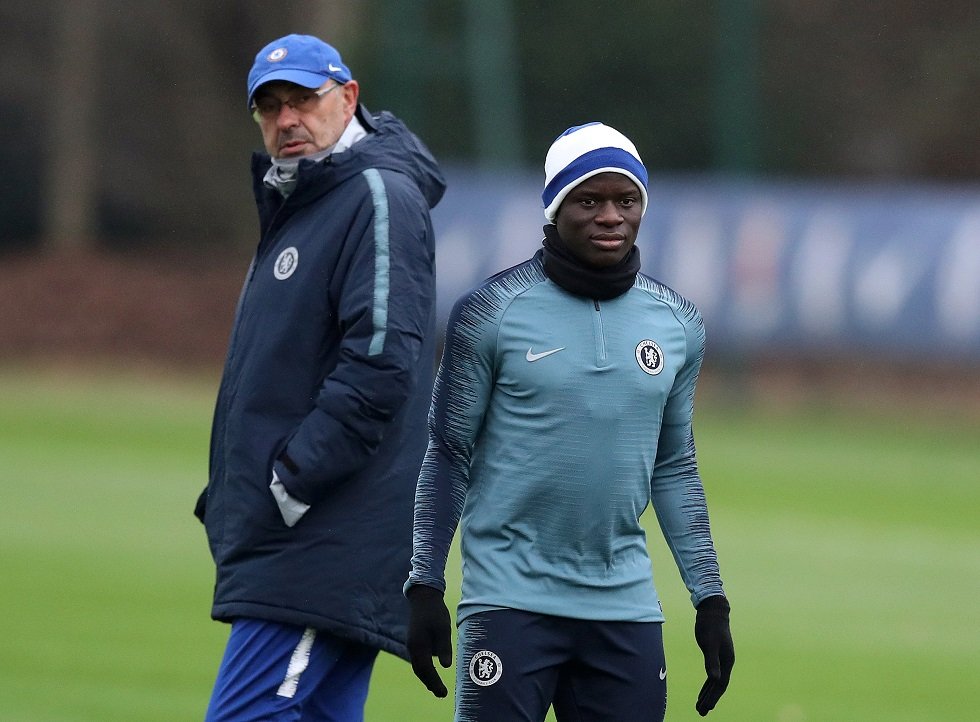 Maurizio Sarri is eager to reunite with Chelsea star, N’Golo Kante in the Juventus ranks.

The Italian boss, who departed Stamford Bridge after just one season to manage the reigning Serie A champions, believes Kante could be the perfect next to Miralem Pjanic and Aaron Ramsey in his midfield trio.

This should be a somewhat warning sign to Blaise Matuidi, who plays in the similar position as Kante and scored one of the two goals for Juve in the Champions League tie against Atletico Madrid last month.

The Daily Mail claims that Sarri has notified Bianconeri president, Pavel Nedved about his intentions to sign Kante and believes a £70m bid will suffice. The 60-year-old might be overconfident about his chances on convincing Chelsea into parting ways with their best player.

Kante, 28 continues to be hailed as the best player in his position despite his recent injury troubles. He has remained an instrumental component of this newly evolving Blues side alongside Sarri’s former favourite, Jorginho.

It is unlikely Chelsea will ever enter into a negotiation with Juve, let alone sell him in the first place. Their chances of holding onto him is also quite strong after Kante signed an extension last November.