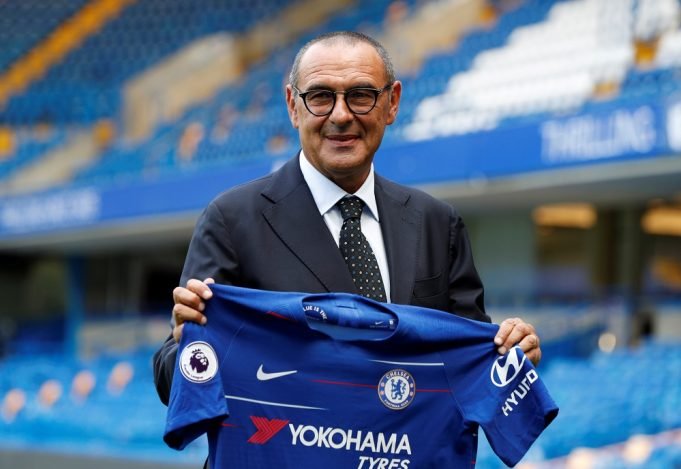 Sarri wants to raid Juventus and sign three of their players, according to Corriere dello Sport.

The trio are Gonzalo Higuain, Daniele Rugani and Miralem Pjanic as those are the areas the 59 year old is desperate to bolster before the transfer window closes.

Pjanic joined the Turin side from Roma on a five-year contract for a fee of €32 million in 2016. He has been a mainstay in the midfield since then and is considered one the best midfielders in the world.

Speculation over the future of Bosnia International has emerged in recent days after a meeting between the player and his new agent Fali Ramadani. It is believed that the English side have held initial talks with the player’s representative.

Higuain joined the Serie A giants from Napoli for a fee of €90 million paid in two installments in 2016 and has been a regular for the club.

But the club are willing to sell him as they have completed the transfer of Cristiano Ronaldo from Real Madrid. The Premier League giants could also use Alvaro Morata in a swap deal.

Rugani made his debut in Serie A back in 2015 and has impressed with the limited game-time he got. He has been trying to nail down a spot in the first team but has seen his playing time increase over the past year, making 26 appearances in all competitions.

The Italian coach has worked with the defender previously, when he was the manager of Empoli and he was on the loan from the Turin Side. He even tried to sign him for the Partenopei but the Serie A champions blocked the transfer.

Read Also: Chelsea unveil their away kit for the upcoming season