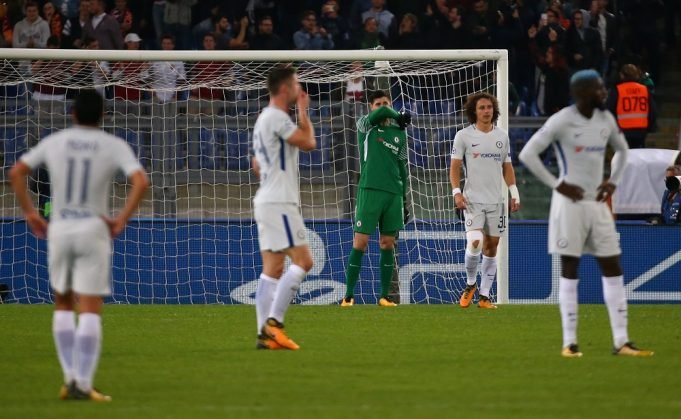 The player continues to be linked with a summer exit

They have been behind in the transfer window in comparison to other Premiere League clubs but with their managerial situation sorted it is expected that it will finally kickstart their transfer plans.

One of the unexpected areas The English Side might have to strengthen is between the sticks as Thibaut Courtois continues to be linked with a move to Real Madrid, as they sim as a long term successor for Keylor Navas.

The Belgian goalkeeper returned to the club from Atletico Madrid in the summer of 2014 after he enjoyed 3 successful seasons on loan in Spain. Since then he has been the mainstay between the sticks and has established himself as one of the best Goalkeepers in the world.

And Sarri even admitted that he is unsure about Courtois future and claims it depends on the player himself.

“Courtois is the goalkeeper of the club, I don’t know in the future, it depends on the club, and especially on him I think,” The 59 year old said as quoted by Mirror.

“I hope Courtois will be our goalkeeper.”

Read Also: Chelsea are eyeing a move for either of the two goalkeepers if Thibaut Courtois leaves