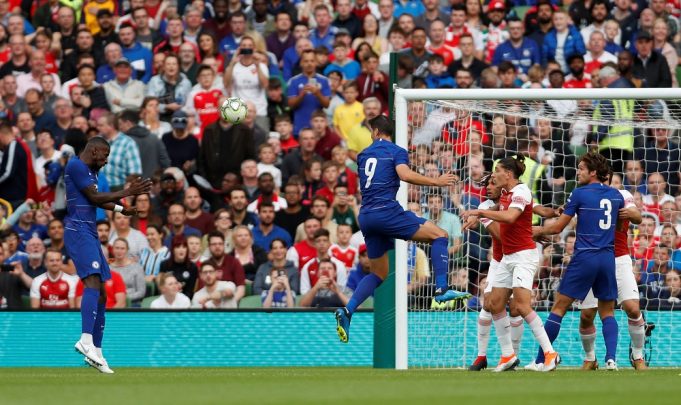 The 25 year old future’s has been uncertain this summer and has been linked with a return to Serie A, with his former club Juventus and AC Milan interested in him.

The Blues also have been in lookout for a new striker and have been linked with a move for Bayern Munich star Robert Lewandowski and Juventus striker Gonzalo Higuain.

However, the player has has actively taken part in pre-seaon training and impressed in a 1-1 International Champions Cup draw with Inter on Saturday. But he again struggled to make an impact against Arsenal on Wednesday, as he missed a first half penalty.

Club’s new manager Maurizio Sarri, who urged Morata earlier to up his game, insists he has no concerns over his form and claimed tiredness was the reason he struggled.

‘I don’t know if he is not confident,’ said Sarri as quoted by Metro.

‘Maybe he was tired.

‘The last three days for him were very intense, so maybe this match he was a bit tired.

‘I am not worried about Morata.’

The Spanish striker is still expected to start against Manchester City in the Community Shield on Sunday as both Olivier Giroud and Michy Batshuayi are yet to return from their holidays.

Read Also: Maurizio Sarri has urged Chelsea ace to up his game