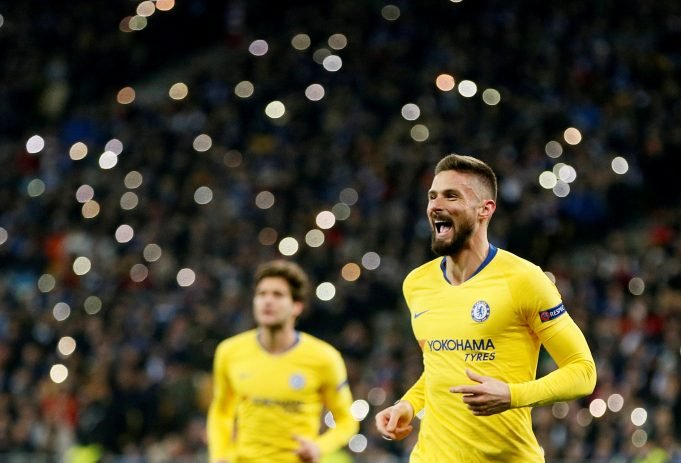 Maurizio Sarri has underlined the importance of Olivier Giroud after his hat-trick against Dynamo Kiev in the Europa League.

Giroud took the centre stage as his three goals propelled the Blues to the quarters of the Europa League. Marcos Alonso and Callum Hudson-Odoi also registered their names on the score sheet as Chelsea eased their way to the quarters.

Giroud wasn’t the preferred choice since Sarri’s arrival and saw his game time being curtailed with the new manager also opted to start Eden Hazard in some matches.

The arrival of Gonzalo Higuain further trimmed down his chances as the Argentine has started all the Premier League matches as the number nine. Despite falling down in the pecking order the French forward has been contributing to the success of the team pretty vigorously whenever the team needed the most.

Sarri said,  “In the last period, every time he has been on the pitch, he was able to play really very well. He has scored nine goals in this competition.