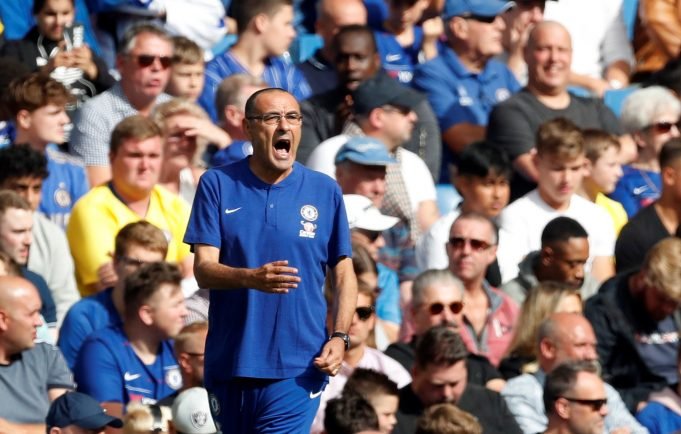 Sarri has said that Alvaro Morata will start ahead of Olivier Giroud in the match. Giroud started against Cardiff City and provided two assists.

However, the Italian did not said who will be Chelsea’s first-choice striker in the immediate future. He said, “I don’t know [who will be the Premier League starter in the future]. In the last two weeks I have seen four matches of Cardiff and four matches of PAOK Salonika and for me, yesterday I thought Giroud was more suitable for this match and Morata more suitable for the other.

Sarri also said that he is considering resting club talisman Eden Hazard. After a terrific World Cup, Hazard has started the Premier League remarkably. In five matches, he has scored five goals that include a hat-trick against Cardiff City on Saturday. This was his second hat-trick for Chelsea.

Regarding young midfielder Ruben Loftus-Cheek, Sarri said, “Loftus-Cheek has a little problem with his right tibia so on Saturday he wasn’t able to play. I hope he can recover in the next two or three days and maybe there is an opportunity that I can give him a chance.

I don’t know now because I want to have a very clear picture of the situation, who are the players who need to rest or not.

Chelsea’s Europa League opener against PAOK will be the first meeting between both clubs.

PAOK missed out on a Champions League berth after Benfica thrashed them 4-1. They are currently 3rd in the Superleague Greece behind Olympiacos and AEK Athens.