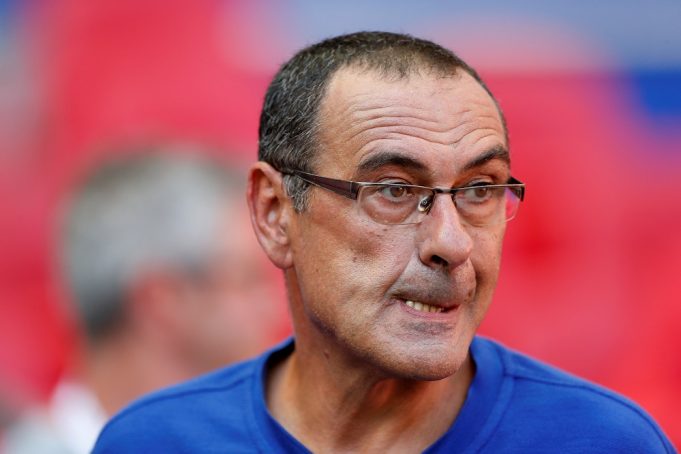 The Premier League giants also completed the signing of midfielder Mateo Kovacic from Real Madrid on a season long loan. He was part of a deal which saw Thibaut Courtois going the other way for €35 million.

Sarri has praised club’s new signings Kepa and Kovacic but insisted that the young Spanish goalkeeper is not at the same level of Courtois right now. However, he considers the player as one of the most young goalkeepers in the world.

The Italian manager also admired the Croatia International’s technique and claimed his characteristics have turned the Blues into a complete squad.

Asked whether Kepa is at the same level as Courtois, He said as quoted by Metro: ‘Not at the moment for sure, but he is very young.

‘He is 23. I hope he can improve very fast. But for the moment he is not Courtois, of course.

‘Kovacic is a very technical player, [he’s able to] play between the lines of the opponent and I think for us it could be very important.

‘I am very happy for both. Because Courtois’ situation was clear. He wanted to go to Madrid so we lost maybe one of the most important goalkeepers in the world.

‘We bought a younger goalkeeper, one of the most important young goalkeepers in the world. Kovacic has the characteristics for us and now I think the squad is complete.’