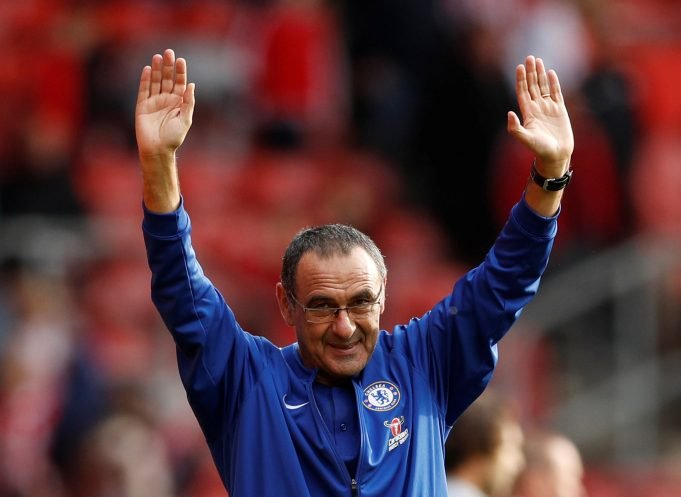 Chelsea boss Maurizio Sarri has said that despite today’s win, the team still has to improve. Chelsea continued their unbeaten run in the Premier League by defeating Southampton 3-0.

Eden Hazard scored his 7th Premier League goal to open the scoring for Chelsea before Ross Barkley scored his first goal for the club to double their lead.

During the dying moments of the match, substitute Alvaro Morata added a third. The win sees Chelsea return to the top of the table for now.

Sarri said that he was happy with the team’s performance but insisted there is still room for improvement, particularly in the defensive department.

We need to be in control of the match, we can do better in the defensive and sometimes offensive phase. Today we did wrong in two or three counter attacks. I think we have the possibility to improve.”

We need to recover the gap. Now we are trying to cover the gap and we are working on that. I think it will be very difficult to cover so large a gap in one season.”

Maurizio Sarri also praised the performance of Alvaro Morata who has now scored two goals in as many games after facing persistent criticism. The Italian said, “I am very happy for him. It is important for the striker to score, to have scored in the Europa League and today.

But it was important, the performance. He has played very well. I think we can restart easily now.”

Chelsea’s next match is against Manchester United on October 20.