Chelsea FC Latest News .com
Home Arsenal Maurizio Sarri reveals how much time it will take to get his... 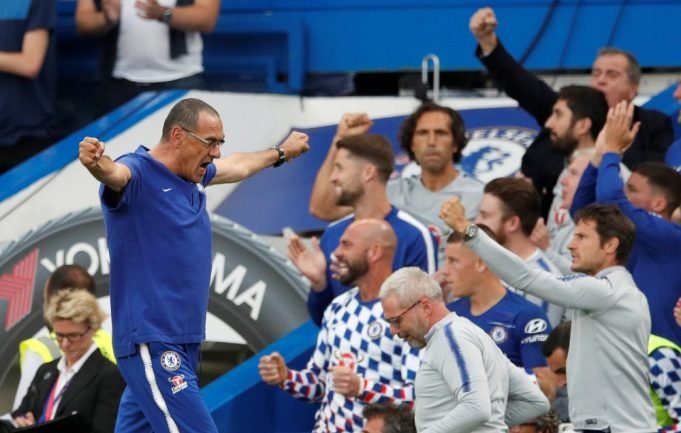 The Blues have won two of their opening Premier League games

Sarri has admitted he will need another two months to get his message across at Chelsea, despite overseeing a bright start to the season.

He told Sky Sports after collecting six points from meetings with Huddersfield and Arsenal: “They are working well, trying to improve, working on the mistakes. We need to improve, and we want to reach our 100 per cent as soon as possible.

“I think it’s easier for the offensive players. It’s usually three months, but my feeling is in this team there are a lot of intelligent players so I hope only two months.

“It takes defenders longer because I want to defend by looking only at the ball, and some players have played for 10 years looking at the man, so you have to change the way of thinking of this player, and it’s not very easy.

He added on his footballing philosophy: “I like it when the team is in control of the match, I like very much the ball possession, I like to play in the other half.

“Ball possession, but at a very high speed. Mental speed, first of all, not only ball possession in my half. Maybe I’ve learned it from a lot of lost matches, I think!

“I tried to play as a five-man defence six years ago, but for me it is impossible. Because if I want to press in the other half, if I want to look only at the ball with five defenders, I lose immediately the metres.”