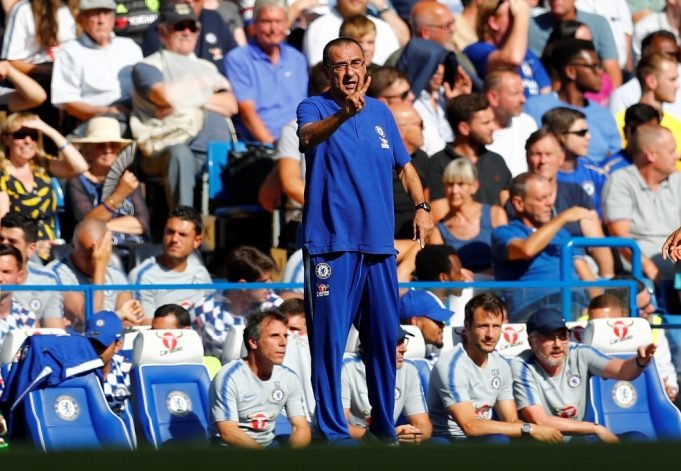 The Blues have won all the fixtures so far this season

They have been tipped off as one of the favourites to win the Premier League title this season after an excellent start. However, Sarri believes Liverpool will be Manchester City’s biggest challengers this term and is hoping that his side can compete.

He believes the club needs to take another step before they can challenge for the title.

‘At the moment I can answer Manchester City or Liverpool,’ said the 59 year old as quoted by Metro, when asked who he felt were title challengers.

‘We need another step I think to be at the same level. I think so, but I hope not.

‘I think we must improve but we can improve.’

Chelsea will look to continue that record with a win against Cardiff at Stamford Bridge on Saturday.