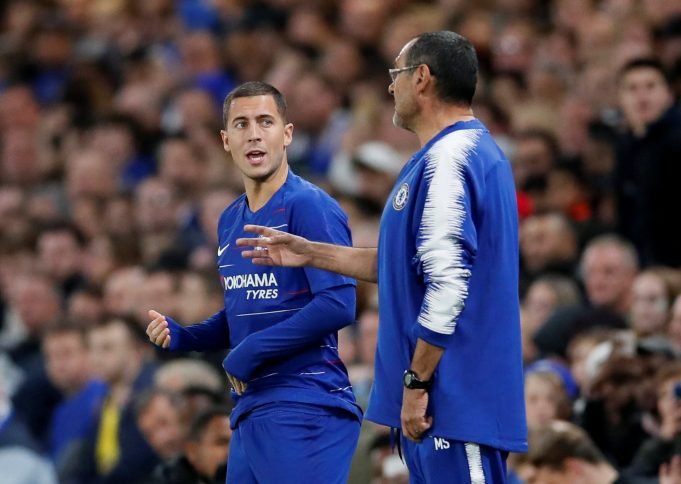 Maurizio Sarri has revealed to the press that he wishes for Eden Hazard to continue at Chelsea for longer but also respects the player’s decision to stay or leave.

A potential departure from the Stamford Bridge has been talked about ever since the Belgian started to perform at an elite level for the Blues. The 28-year-old draws links to Real Madrid during every transfer window and this past month was nothing different.

With his contract running down to a close, Hazard’s probable move to the Santiago Bernabeu has picked up even more momentum lately. The Galacticos are struggling without an offensive talisman and the Blues winger is currently enjoying his best season with 12 goals and 10 assists recorded so far.

Chelsea are due to face Manchester City on Sunday evening as Maurizio Sarri told the press, “I speak every day with Eden, but I speak with Eden about his position on the pitch, not about [speculation].