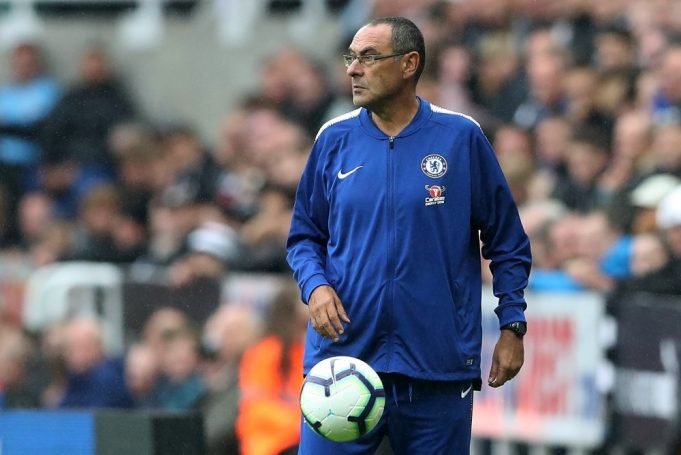 Chelsea have won all the 3 opening Premier League fixtures

The 59 year old has brought players like Jorginho, Kepa and Mateo Kovacic during the summer transfer window. The Blues have also managed to keep hold of key players like Eden Hazard, Willian and N’Golo Kante.

However, the match against New castle United was very difficult despite having 81 percent possession. Thanks to a penalty from Eden Hazard, his first goal this campaign and an own goal from DeAndre Yedlin ensure their victory.

Sarri insisted that he was delighted  his side found a way to secure an impossible victory at Newcastle.

“I have never seen a Rafa Benitez side play with five defenders.

“I think it is very difficult to play here for every team – not only us. We were a bit unlucky when they scored to make it 1-1.”

On penalty, He added: “I don’t know I was far from the incident and I am not the referee, and I don’t want to be a referee either.”

Hazard said: “Everyone was thinking to draw when they scored but we are Chelsea and we never give up.

“We did well, created a lot of chances and we deserved to win. I feel tired tonight, but the whole team is tired but we have the points.”

Alonso added: “I think I touched the ball and got in front of the opponent. It’s not that I felt the contact and went down, he made me.

“It was a good win and the three points are massive for us.”